~ Arun Shourie, Kanimozhi Karunanidhi, Thol Thirumavalan, Manisha Koirala, and Meghna Gulzar were some of the key speakers on day one of the literature festival ~

January 12th, 2019: Hindu Lit for Life 2018, the sharpest literary festival in the country, kick-started day one of the festival today, at the Sir Mutha Venkatasubba Rao concert hall. Begun to commemorate the 20th anniversary of the Literary Review, The Hindu’s supplement on books, Lit for Life grew organically to become a literary extravaganza. Prominent journalist and political commentator Mr. Arun Shourie inaugurated the ninth edition of the Hindu Lit for Life festival. Dr. Nirmala Lakshman, Director, The Hindu Group and Festival Director Lit for Life, Mr. N. Ram, Chairman, The Hindu Publishing Pvt. Ltd and Mukund Padmanabhan, Editor The Hindu were present at the inaugural ceremony of the three-day annual festival that attracts some of the best literary talents from the country and abroad.

Speaking at the inauguration Dr. Nirmala Lakshman said, “The ninth edition of Lit for Life will support freedom of speech and aim to be a zero waste festival. I am very pleased to say that this year many authors of regional languages are considered for The Hindu prize 2018 and I am delighted to see interest from various walks of life which has aided in increased attendance for the festival.”

“The Newspaper is secular in nature”, said, N. Ram, Chairman, The Hindu Publishing Group. “While there are laws in place to aid freedom of speech, they have proven to be inadequate. I would like to dedicate this festival for the cause of free speech.” Added Mr. Ram.

While talking about intolerance and curbing freedom of speech, Arun Shourie at the inauguration said, “Festivals such as these have proven to be a platform for artists to speak their mind aiding freedom of speech. The Mainstream media is silent because of greed and not fear as they depend on state or businessmen. We as a society do not care to do anything about the things we complain. We must stand with each other and publicize every attempt of suppressed voice. Do not give up. Just don’t stop.”

The first session of the day was ‘2019 Elections and Future of Indian Decocracy’ where N. Ram, Arun Shourie, Priya Sahgal and R Jagannathan discussed the afore mentioned topic with Sanjay Pinto. Talking about 10% quota Mr Jagganathan mentioned that one plus point of this action might be removing caste discrimination. However, this action has opened a Pandora box. This will give rise to an endless demand for quotas. The discussion then went on to the acquisition of Rafael aircrafts and the way the current government and the opposition are handling the issue. The panellists then took the discussion to political press conferences in India and highlighted how unlike the US, journalists in India cannot ask uneasy questions to politicians. The session ended with questions from the audience for the panel.

The session ‘Gulzar on Gulzar’ where Meghna Gulzar, a poet and filmmaker and Bharadwaj Ranjan, award winning film critic discussed the life of the great poet Gulzar. Meghna published the biography of Gulzar ‘Because He is’ which explores the journey of Gulzar. Ms. Meghna explained that she understood the enormity of the adulation her father had only when she was a teenager. During the session, Meghna Gulzar fondly recalled conversing with her father through letters on the topic of her parents’ divorce and felt blessed to have skipped the effects of divorce as a young girl. Two qualities she consciously adapted from her father is to keep it simple and use silences as much as words. Talking about her new project, based on an acid attack survivor, Ms. Gulzar said that through this film she wants to portray what this kind of act of violence can do to a beautiful face and the struggle they have to go through to survive. She also mentioned that her intent has always been to be faithful to her story and not give into the entertainment factor.

The session ‘Fetters on Creative Expression: Art and politics of dissent’ was a spirited conversation between Chandan Gowda, Githa Hariharan, TM Krishna and Kamini Mahadevan. The panel discussed on how our cultural past or ‘Indianness’ is used as a political tool to promote a homogeneous monolithic oppressive order. Artists due to this are not free to express their art, which may have some inspiration from our culture. Culture must be free from the nation and artists should have the freedom to express themselves.

A session in Tamil, Governance A Responsibility begins with C. Mahendran, Kanimozhi Karunanidhi and S. Peter Alphonse in conversation with S. Karthigaichelvan. The topic of discussion was on the need of a stable government or a responsible one? DMK’s Kanimozhi says both a stable and a responsible government is necessary. “If we question a government’s stability time and again, then that government in not a very functional, people-centric government at all.” She also highlighted that we cannot paint India as one, as different regions have different requirements.

The session ‘Being the Other’ was hosted by Kalpana Sharma
Authors Farahnaz Ispahani, Nandini Krishnan and Naazia, were part of the discussion on people’s inability around the world to tolerate differences. Differences such as caste, religion, desires, or just anything under the sun. The three authors spoke in length about their books written on religious minorities both Muslims and non-Muslims, in Pakistan by Farahnaz, ‘Mothering a Muslim, by Nazia and Sexual minority – transmen and LGBTQ by Nanadini Krishnan.

The festival also hosted the Lit for Life Children’s Festival. The Children’s festival had some fun sessions such as ‘Time Detectives: Finds from the Past’ – a session to help kids learn about Indian Archaeology with Devika Cariapa, the author of India through Archaeology: Excavating History. Another session ‘What’s in that Tree, Ammuchi?’ an interactive session with Sharanya Manivannan the author of The Ammuchi Puchi, a picture book for children on bereavement and healing. The session included discussions about diversity, exchange of ghost stories, and a book reading. The last session of the day for the Children’s fest was a fun Treasure-Hunt at the Train Station with Joeanna Rebello as she and her book, Treasure at the Train Station: A Mumbai Adventure, take you on a rip-roaring ride go on to discover some of the most fascinating railway stations around the world, and the treasures they hide. 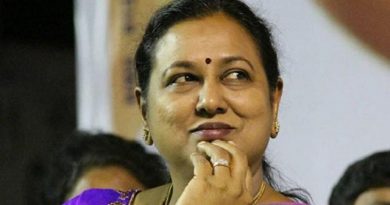 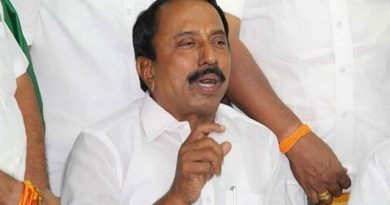 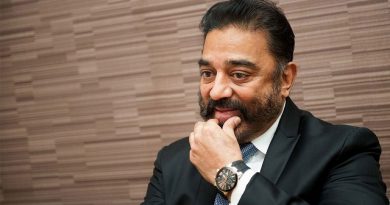