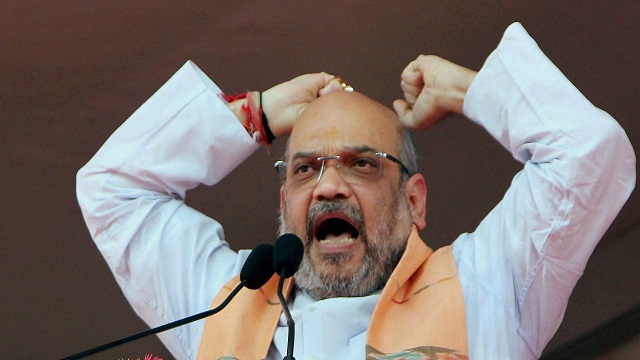 Attacking Kerala Chief Minister Pinarayi Vijayan, BJP national president Amit Shah on Saturday asked him not to play with the Sabarimala issue and warned him that BJP would not mind throwing out the Kerala government if it tries to tinker with the issues of faith.

Criticizing the Supreme Court verdict allowing women of all ages to the temple, he said the court should not pass verdicts that go against the religious faith of the people and “can’t be implemented” on the ground.

Speaking at a public meeting in Kannur, Shah said: “The BJP will take over the protest of the Ayyappa devotees. We will not mind throwing out the government If the Kerala government tries to steamroll the traditions of the Sabarimala temple,” said Shah.

In a hard-hitting speech after inaugurating the new Kannur district BJP office, he flayed the Vijayan government’s handling of the situation following the apex court verdict, saying BJP would go to any extent to protect the Sabarimala traditions.

“What’s happening now is Ayyappa devotees are being taken to task and this will not be allowed at all,” said Shah.

Targeting the ruling LDF government for allegedly committing atrocities on Hindutva activists on the pretext of implementing SC judgments, Shah said there were judgments banning Jallikattu, using loudspeakers in mosques and curbing the ‘dahi-handi’ event in Maharashtra which could not be implemented on the ground.

Defending the practice of prohibiting the entry of women in the age group of 10 to 50 years in the Sabarimala temple, Shah said Hindus have reformed their practices, referring to permitting widow remarriage and curbing child marriage.

He said Hindu faith has never undermined woman and respected her as mother and goddess.

Criticizing Vijayan for not doing enough for relief and rehabilitation of the people affected by floods, Shah said that Prime Minister Narendra Modi had sanctioned a number of projects for Kerala, included setting up of an IIT, and a Super Speciality Hospital, but the state government failed to acquire land for these projects.

Asking Vijayan to resign for his “failures”, Shah said that instead of committing atrocities on those opposing the entry of women in the age group of 10 to 50 years in the Sabarimala temple, the Chief Minister should focus on state’s development.

Ahead of Ayodhya verdict, huge crowd in SC 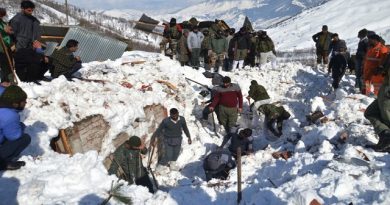