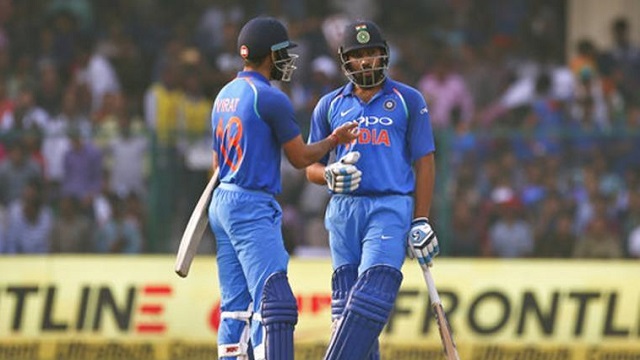 India dominated with the bat throughout the innings as Rohit remained unbeaten on 152 while Virat was dismissed for 140. On the other hand, West Indian bowlers struggled with the line and failed to take wickets.

Chasing a challenging score of 322, India lost Shikhar Dhawan with just 10 runs on the board. Dhawan (4) was clean bowled by Oshane Thomas in the second over of the innings.

But after that Rohit and Virat joined hands and hammered the West Indian bowlers all around the stadium. In the process, the duo completed their respective centuries.

Virat was stumped by wicket-keeper Shai Hope off Devendra Bishoo in the 33rd over when the score was 256, but by then India had almost grabbed the game.

The fall of wicket brought in Ambati Rayudu (22 not out) who played sensibly with Rohit and the duo guided India home comfortably.

Earlier, a brilliant century by Shimron Hetmyer (106) and some useful contributions from Devendra Bishoo and Kemar Roach towards the end helped West Indies post 322/8.

Hetmyer played 78 balls and slammed six boundaries and as many sixes before he was dismissed by Ravindra Jadeja in the 39th over.

Chandrapaul Hemraj and Marlon Samuels were the only disappointments for the West Indies as all other batters contributed and helped their team to get past the 300 run mark in their allotted 50 overs.

Put in to bat, West Indies started the proceedings on a positive note but pacer Mohammad Shami dismissed opener Hemraj (9) in the fifth over. But Powell and Shai Hope (32) together forged a 65-run partnership for the second wicket and took West Indies past the 80-run mark.

Just when things seemed good in the middle for the Windies, opener Powell (51) was dismissed by Khaleel Ahmed in the 15th over. In the next over, Samuels was also sent packing by Yuzvendra Chahal.

Hetmyer then arrived in the middle and stitched crucial partnerships with Rovman Powell and Jason Holder (38) before getting out in the 39th over.

Holder also played sensibly before getting out and towards the end, Bishoo and Roach forged a 44-run partnership for the ninth wicket to guide the West Indies to a challenging total. 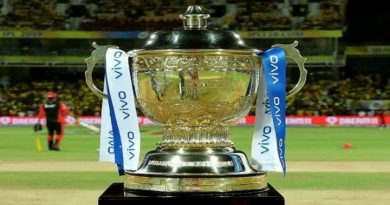 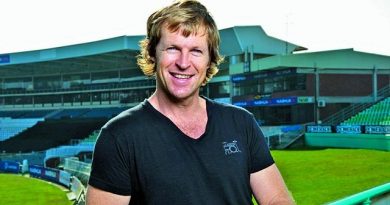 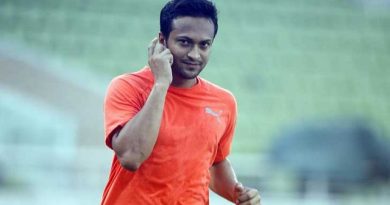