With the Sabarimala temple opening on Sunday for the popular ‘Makaravilakku’ season, the administration has extended the prohibitory orders till January 5, an official said.

The first phase of the current season opened on November 15 and closed on December 27. The season is referred to as ‘mandala pooja’.

The temple town in Kerala has witnessed protests by Hindu groups since the September 28 Supreme Court verdict that allowed women of all ages to enter the temple, including those from the hitherto banned age group of 10 to 50 years.

Ever since the verdict, around three dozen women from the hitherto banned age group have tried and failed to go up the pathway leading to the temple, following protest from the believers.

To cool down things and to ensure safety and security for the pilgrims, the Pathanamthitta district authorities have been consistently extending the prohibitory orders in and around Sabarimala.

Incidentally, January 14 is the most important day for the temple, as the sighting of the celestial light on the horizon takes place, which is considered be auspicious.

The Left Democratic Front (LDF) government led by the CPI-M has been trying to implement the apex court’s verdict even as the Congress, the Bharatiya Janata Party (BJP) and several Hindu groups are up in arms against it. 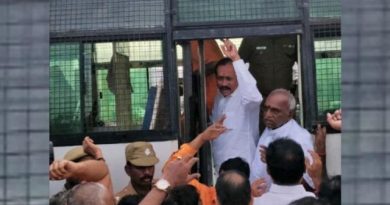 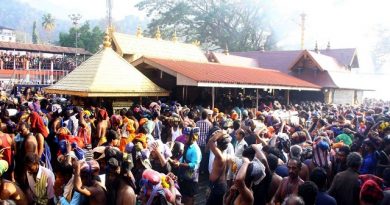