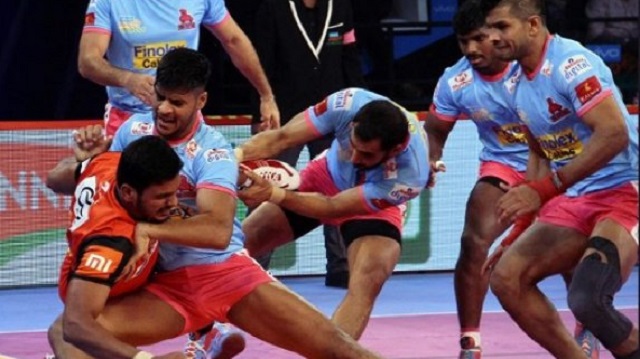 Jaipur Pink Panthers fizzled after a strong start with Deepak Niwas Hooda getting a super 10.

The first half saw both teams match each other stride for stride. There was little to choose from as in the 5th minute Deepak Niwas Hooda got a raid point to level it at 4-4.

The next couple of minutes saw Jaipur Pink Panthers put the pressure on Bengaluru Bulls as they opened a six-point gap. An all out was inflicted by Jaipur in the 9th minute as they led 11-5.

Bengaluru Bulls were jolted out of their stupor after the all out. Kashiling Adake made a brilliant super raid in the 13th minute as he scored four points to reduce the gap to just three points.

Bengaluru Bulls took the lead in the 16th minute as they inflicted an all out.

At the end of the first half, Bengaluru Bulls trailed 18-17.

Pawan Sehrawat’s two-point raid in the 24th minute led to another all out on Jaipur Pink Panthers.

Anup Kumar was having a quiet match as in the first 30 minutes he scored just one point for Jaipur Pink Panthers.

Jaipur tried to make a comeback in the match but Pawan Sehrawat was having none of it.

Sehrawat got a super 10 in the 31st minute and followed it up a couple of more successful raids.

Jaipur’s fate was sealed when they suffered another all out in the 34th minute to trail 24-37.

Deepak Niwas Hooda did his best to get points for Jaipur and achieved a super 10. But it was a little too late as Pawan Sehrawat continued to plunder points to lead Bengaluru Bulls to a win. 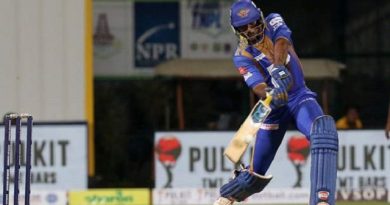 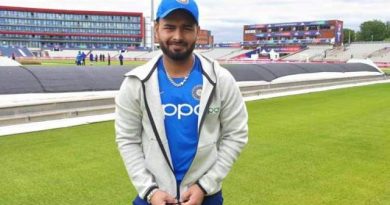 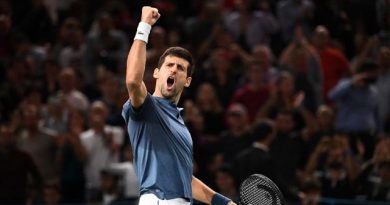