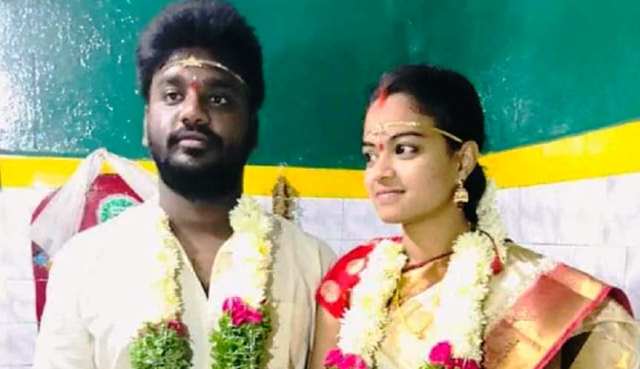 A man attacked his daughter and son-in-law with a machete and badly injured them here on Wednesday, in another case of assault for family honor.

Madhavi, 22, was battling for life while her husband Sandeep, 24, too suffered grievous injuries in the attack by Manoharachary. The incident occurred in the busy SR Nagar area, police said.

Manoharachary, who was opposed to the marriage because Sandeep comes from another caste, had called the couple to meet and give them some presents. As soon as they reached the meeting point, he took out a machete from his bag and attacked them.

The assailant first targeted his son-in-law and when the latter fell to the ground, he attacked his daughter. Madhavi too collapsed and bled profusely. They were shifted to a hospital, where the condition of Madhavi is stated to be critical. She suffered deep cuts on the neck and a hand.

According to police, Madhavi and Sandeep were in love for the last five years and wanted to marry. However, her upper caste family opposed it. Manoharachary wanted her to marry his sister’s son but she refused and had come to Sandeep’s house a few days ago. They went to Arya Samaj and married some 10 days ago.

The girl’s family refused to accept the marriage but at the counseling conducted by the police, they agreed to accept it. Manoharachary later conveyed to her daughter that he wants to meet them at a location in S. R. Nagar and buy some clothes for them. When they reached there, he attacked them.

The attacker later went to the police station and surrendered.

The incident came close on the heels of the killing of a Dalit youth by his father-in-law in Miryalguda town of Telangana’s Nalgonda district. Pranay Kumar was hacked to death when he was coming out of a hospital with his wife Amrutha Varshini on September 14.

Police have arrested seven accused including the girl’s father Maruthi Rao, who had struck Rs.1 crore deal for the contract killing. 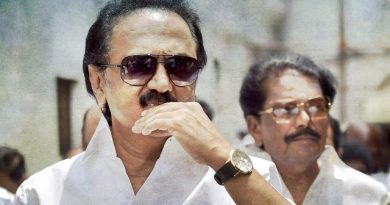