Prime Minister Narendra Modi on Friday spoke to Tamil Nadu Chief Minister K. Palaniswami and assured all possible help from the Central government to the state that has been battered by Cyclone Gaja.

“Spoke to the Chief Minister of Tamil Nadu, Thiru Edappadi K. Palaniswami regarding the situation arising due to cyclone conditions in the state. Assured all possible help from the Centre,” Modi said in a tweet.

Gaja battered the Tamil Nadu coast on Friday, leaving at least 13 people and several livestock dead and a trail of destruction in several districts.

Authorities said the cyclone crossed the coast between Nagapattinam and Vedaranyam districts between 12.30 a.m and 2.30 a.m with wind speeds of about 110-120 kmph.

So powerful were the gales that the roof-sheets of the Nagapattinam Railway Station were damaged. Thatched and tiled roofs of several houses were also damaged in the strong cyclonic winds.

A ship was grounded in Karaikal Port in Puducherry.

About 82,000 people living in low-lying areas have been sent to 471 relief centres, the Chief Minister said, adding the preventive measures helped keep the death toll low.

Relief centres were set up in Cuddalore, Nagapattinam, Ramanathapuram, Thanjavur, Pudukottai and Thiruvarur on Thursday itself. 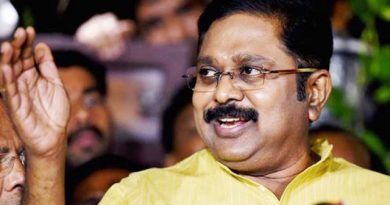