Andhra Pradesh Chief Minister N. Chandrababu Naidu on Sunday hit back at Prime Minister Narendra Modi saying he has a estranged wife and has no respect for the family system.

With Modi making a stinging attack on Naidu at a rally in Guntur, the latter launched a counter-offensive at a public meeting in Vijayawada. The Telugu Desam Party (TDP) chief even remarked that Modi is keeping his wife away without giving her divorce.

As Modi had addressed him as Lokesh’s father, Naidu retorted by calling him the Prime Minister husband of Jashodaben.

Referring to the legislation brought by Modi to criminalise triple talaq citing the injustice to Muslim women, Naidu told the gathering that Modi has a wife Jashodaben. “You are keeping her away. You are doing all this without giving her divorce.”

The TDP leader said that he avoids making personal attacks but since Modi made the comments, he is compelled to respond.

On Modi’s allegation that he backstabbed his father-in-law N.T. Rama Rao, Naidu said Modi spoke in a manner which is unbecoming of a person holding the Prime Minister’s post.

The TDP leader said he never switched the parties or went back on his word.

He said he differed even with his father-in-law for state’s future and pointed out that he had the full support of the family and the party.

Naidu alleged that Modi insulted his “guru” L.K. Advani by not responding to his greetings at an event. He claimed that it was Advani who had saved Modi when then Prime Minister A.B. Vajpayee wanted to remove him as Gujarat Chief Minister following the riots.

“He says one thing and does another. Did you ever see me in any other clothes even when I go abroad? Even this black shirt which I am wearing today (Sunday) is to protest Modi’s visit.”

The Chief Minister said Modi came to Andhra Pradesh just to criticise him and left without answering the question what he did for the state in the last five years.

Stating that the state was yet to get over Rs 1 lakh crore from the Centre, Naidu said he would continue to fight for the state’s rights. “Are we not paying taxes to the Centre? Are we not part of this country?”

He rubbished the allegations of corruption levelled by Modi and said there is an independent body Comptroller and Auditor General to audit the accounts of both state and the Central governments.

“We are not bound to give accounts to anybody as there is CAG to audit the same,” said Naidu on Modi’s allegation that he is afraid as the Centre is seeking account for the money being given to the state. 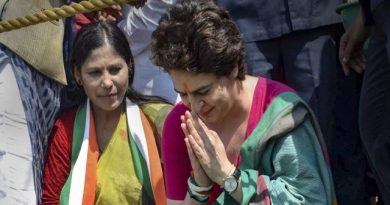 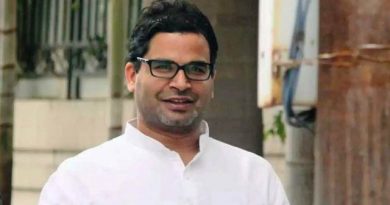