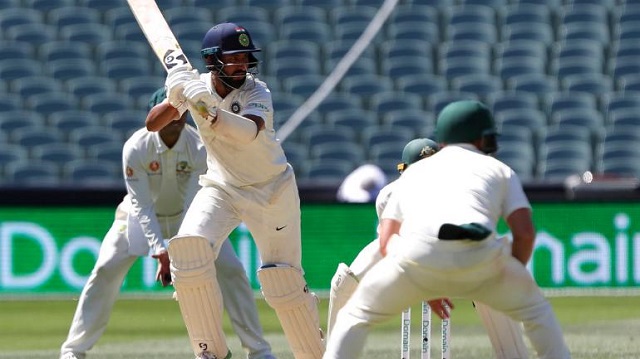 Pacer Pat Cummins picked up four wickets in eight balls to reduce India to 54/5 at stumps on Day 3 of the third Test after Jasprit Bumrah’s career best figures of 6/33 helped the tourists dismiss Australia for a meagre 151 here on Friday.

The third day clearly belonged to the pacers from either side — Bumrah and Cummins — who extracted life out of nowhere on a docile Melbourne Cricket Ground (MCG) track here.

Bumrah starred with the cherry in the first two sessions, accounting for the wickets of opener Marcus Harris (22), Shaun Marsh (19), Travis Head (20), skipper Tim Paine (22) and the tailenders Nathan Lyon and Josh Hazlewood for successive ducks.

Bumrah’s career-best figures also made him the only Asian bowler to take five wickets or more against Australia, England, and South Africa in the same calendar year.

He had earlier claimed 5/54 vs South Africa in Johannesburg, then rocked England with a haul of 5/85 at Trent Bridge before Friday’s feat.

Left-arm spinner Ravindra Jadeja also picked up a couple of wickets while pacers Ishant Sharma and Mohammed Shami bagged a wicket each to restrict Australia to a lowly 151 in just over two sessions of play.

Despite gaining a massive 292-run first innings lead, India however, decided against enforcing the follow-on and instead batted again.

But Cummins, who came in as the first change bowler, ensured a nightmarish start for the tourists as he first dismissed makeshift opener Hanuma Vihari (13) before packing off first innings centurion Cheteshwar Pujara and skipper Virat Kohli for ducks in a span of three deliveries.

Reduced to 28/3, Cummins then saw the back of India vice-captain Ajinkya Rahane (1) in a similar fashion as Pujara and Kohli, caught in the leg-side while flicking.

Thereafter, Rohit Sharma (5) joined Agarwal for a brief period before Josh Hazlewood dismissed the Mumbaikar to further dent India to 44/5 and bring stumper Pant to the middle. 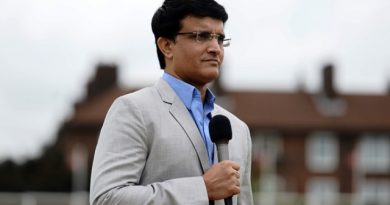 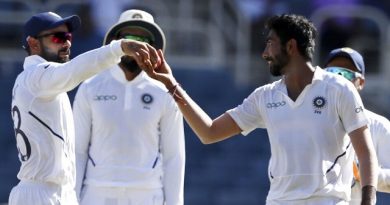