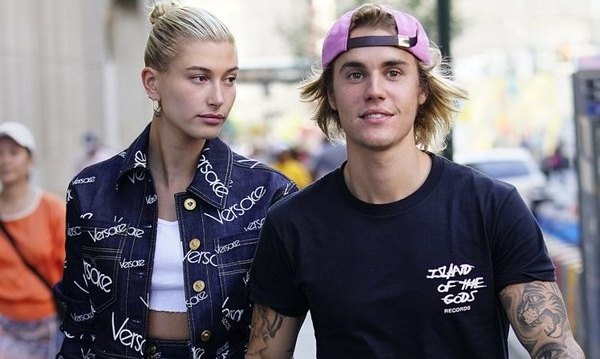 Pop singer Justin Bieber and his fiancee, model Hailey Baldwin, were spotted at the Marriage Bureau here, where marriage licenses are issued.

Several eyewitnesses saw the couple inside the Marriage Bureau on Thursday, where Bieber was crying and allegedly told Baldwin that he could not wait to marry her, reports people.com.

Also, in a photo obtained by tmz.com, the lovebirds were spotted walking hand-in-hand into the building, and Baldwin can be seen wearing a white ensemble while Bieber opted striped shirt and dark pants for the occasion.

While their courthouse appearance certainly raises eyebrows, a friend of Bieber told that couple’s wedding is still in the works.

He said: “They have hired a wedding planner and have been looking at venues. The plan, for now, is to have a real wedding.”

Bieber and Baldwin got engaged in July, and since then the couple has been in news.