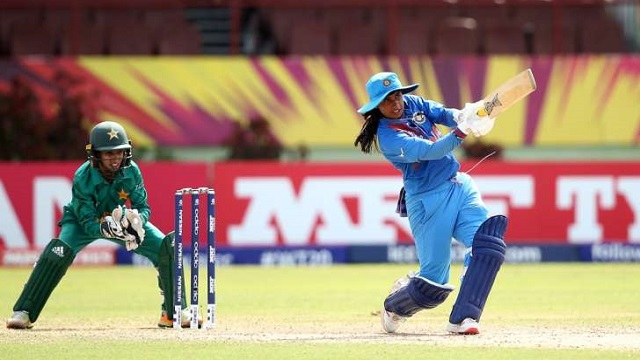 Seasoned batter Mithali Raj cracked a half century to guide India to a facile seven-wicket win over arch-rivals Pakistan in the ICC Women’s World T20 here on Sunday.

Raj held fort from one end to make short work of India’s run chase with a 47-ball 56 which she made with the help of seven fours in the Group B match which was marred by unprecedented docking of 10 penalty runs on Pakistan.

India had little difficulty in gunning down the modest target of 134 with six balls to spare, reaching 137 for 3 in 19 overs.

Previous game centurion and captain Harmanpreet Kaur and Veda Krishnamurthy remained not out on 14 and 8 respectively.

Courtesy the victory, India (with four points) now have one foot in the semifinals from the five-team Group B.

Two teams each from the two groups qualify for the semifinals.

India never looked in trouble with openers Raj and Smriti Mandhana (26) finding the boundaries at regular intervals in their 73-run partnership.

Jemimah Rodrigues (16) was then caught and bowled by Nida Dar in the 15th over but it hardly matter in the end.

Earlier, Pakistan rode on half-centuries from Bismah Maroof and Nida Dar to post 133/7.

Fresh from a 52-run defeat to title contenders Australia in their opening match, Pakistan struggled to get going in the face of some accurate Indian bowling.

Asked to bat first, Pakistan suffered an early blow when Arundhati Reddy dismissed Ayesha Zafar in the very first over thanks to an excellent catch by Veda Krishnamurthy at first slip.

Omaima Sohail and Javeria Khan virtually gifted away their wickets with rather silly run-outs to leave Pakistan in trouble at 30/3 in the seventh over.

However, Bismah and Nida brought the innings back on track with a 94-run stand. Bismah scored 53 runs off 49 balls while Nida hit a breezy 52 off 35 deliveries which included five boundaries and two hits into the stands.

Nida was the beneficiary of a piece of good luck when Veda dropped an easy catch at long-off off Radha Yadav’s bowling even as the ball slipped through for a boundary.

The Indians continued to struggle with their fielding even as the Pakistanis piled on the runs with some superb strokeplay.

Dayalan Hemalatha brought the Indians back into the game when she sent back both Pakistani batters in the 19th over shortly after they had reached their respective half-centuries.

Maroof was caught by Veda at long-on after she had come down the track to a well-flighted delivery. Nida followed her back to the pavilion a couple of deliveries later when a mistimed cut hand an easy catch to Harmanpreet Kaur at cover.

The rest of the Pakistani batters never really matched up to the Indian bowlers as apart from Javeria Khan, all of them failed to reach double figures. 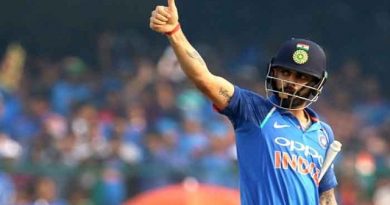 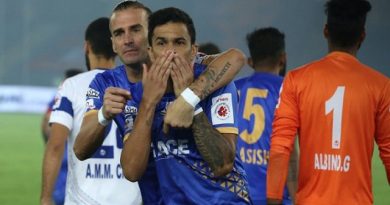 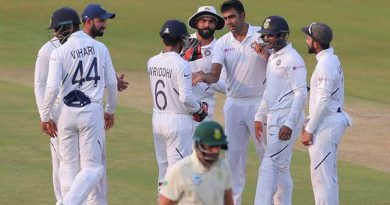