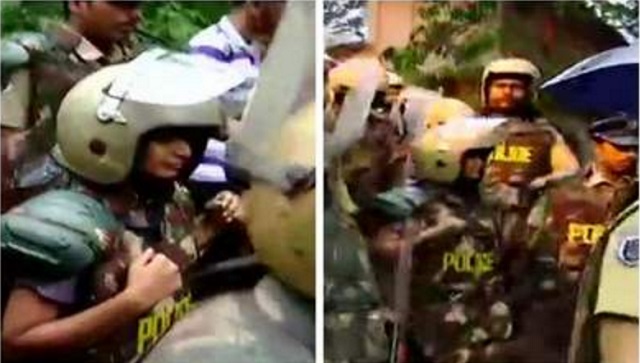 Huge protests by hundreds of devotees at the entrance of Sabarimala temple forced the Kerala Police accompanying two women on Friday to call off their journey towards the Lord Ayyappa shrine.

At 10.50 a.m., Kavita, the Hyderabad-based journalist and her four member crew along with another woman devotee Rehna Fathima from Kochi, began their descend towards Pamba foothills of the temple.

It was around 6.45 a.m., when the two women accompanied by a 100 policemen led by Inspector General of Police S.Sreejith started their two-hour climb. Twenty led them from the front while 80 officers backed them behind as at least one of women put on police gear.

In a never-before move, around 30 employees attached to the temple tantri and the chief priest went on protest as they stopped their rituals and sat down in front of the hallowed 18 steps leading to the sanctum santorum and sang Ayyappa hymns after they heard that the two women were about to reach the shrine.

When the group reached the first entry point to the temple, hundreds of protesters were lying on the road leading to the hilltop temple.

Soon Sreejith received a call. He told the protesters that the government has decided not to use force and asked them to relent.

“Now I have to talk to the two women, who also have their rights according to the Supreme Court directives and it too has to be protected. Please do not create any disturbances here, but you can continue to chant the hymns,” said Sreejith.

After an hour, Sreejith told the media that he had a word with the temple tantri who categorically told him he would be forced to close down the temple if there was any violation of tradition and faith.

“So we told the two women about it and they also decided to abandon their trek and return, asking for protection till they reached home,” Sreejith said, adding that would be provided. “So we are taking them back.”

However, Kerala Minister of Devasoms, Kadakampally Surendran told the media here that they have come to know that the two women were actually activists.

“After coming to know that, it becomes our duty to protect the rights of the devotees and not that of activists.

“Our request to women activists is not to ply their trade in hallowed places. The police should have been more cautious. They should have found out more about these women. The state government is duty-bound to protect the rights of the devotees,” said Surendran.

Fathima’s house in Kochi was meanwhile damaged by angry devotees.

“We have just come here after hearing about the damage caused to her home. We do not know if there were other residents around,” said a police official.

Fathima works with the BSNL in Kochi and lives with her partner. Both had started out for the temple.

“There are no separate rule of law for activists, or others. There is only one law. She is not an activist and she has the right to go and pray as per the apex court directive,” said Fathima’s partner who is a news producer, who along with his team is present at the protest venue.

BSNL has issued a statement saying it was not connected with Rehana Fathima’s action, who is a staff of their Ernakulam Business Area.

“Outside BSNL premises, Rehana Fathima alone shall be fully responsible for her action in her own personal capacity outside the normal business hours.

“This is in no way related to the written assigned official responsibilities, as per BSNL conduct and service rules and regulations,” the statement said.

When the police along with the two women were on their ascend, the temple Tantri family and members of the Pandalam royal family went into a huddle.

They were considering closing down of the temple in order to stop the women from entering, according to informed sources.

Kerala Governor P. Sathasivam summoned police chief Loknath Behra to his office and spoke to him about the overall situation.

BJP leader K. Surendran lashed out at the state government and Sreejith for violating the Kerala Police Act Rule 43.

“According to the Rules, none other than a police official can use their dress or their equipment. We wish to know how come Sreejith allowed the two women to use police uniform and helmet.

“This destroys the sanctity of the Sabarimala temple. We warn the Kerala government not to try tricks to forcefully impose the apex court verdict,” said Surendran.

The temple opened its doors on Wednesday for the first time since the September 28 Supreme Court verdict that allowed women from the 10-50 age group to enter the famed shrine.

On Thursday, there was a dawn-to-dusk shutdown across Kerala called by outfits owing loyalty to Hindu groups and the BJP. 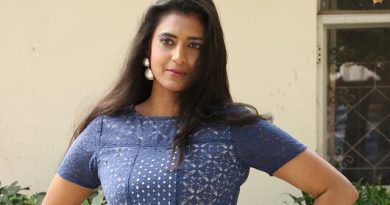 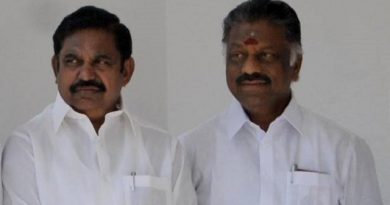 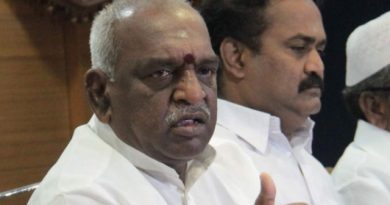