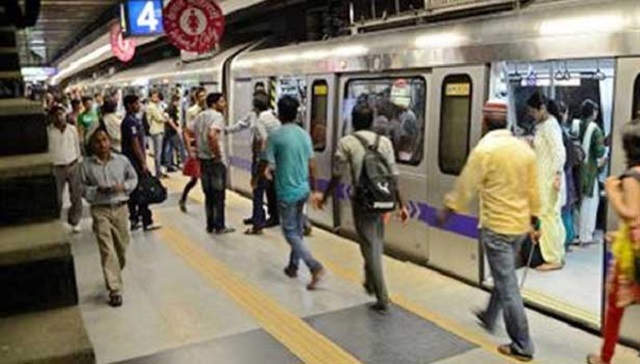 A woman in her early 30s was allegedly molested by a group of 10 people at a metro station in the southern part of the city, police said.

All of the accused were arrested on the basis of the woman’s complaint, a senior official of the Kolkata Police said.

The incident took place at around 4 pm on Tuesday when she boarded a metro from the Esplanade station.

The group started harassing her and when she deboarded at the Mahanayak Uttamkumar station, the accused molested her, he said.

The victim, a resident of Hooghly district’s Konnagar, complained to the RPF personnel on duty following which the ten were detained, a RPF officer said.

They were then handed over and arrested by police personnel at the Regent Park Police Station, he said.

They were also booked under IPC section 509 (word or gesture intended to hurt the modesty of a woman) and section 34 (criminal act done by several persons), he added.