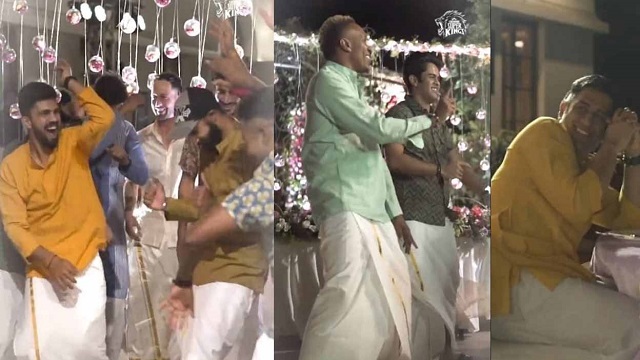 On Sunday, the production house quickly capitalised on the score posted by Chennai Super Kings in their match against Hyderabad in the ongoing edition of the IPL and turned it into a means for promoting a single titled ‘Two Two Two’ from the film.

As soon as CSK registered 202 for 2, the production house, posting a picture of Ruturaj Gaikwad and Devon Conway above their film poster, tweeted, “We Love You Twoooooooo Kings ChennaiIPL! By the Way, thanks for the tribute!” with a winking smilie.

This is not the first time that the production house has cleverly used the matches in the IPL to promote its film. Earlier too, the production house used the score put up by Rajasthan Royals in their match against Delhi Capitals to promote the song ‘Two Two Two’ and their film. Rajasthan Royals blasted an impressive 222 for the loss of two wickets in their 20 overs in that match.