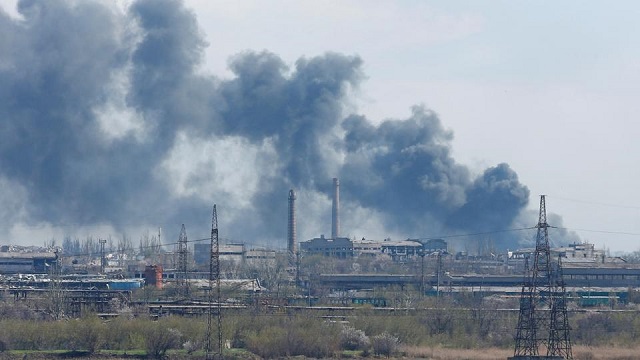 The UN is following up on an agreement with Russia to coordinate the evacuation of civil in the Azovstal plant in Mariupol of Ukraine, said a UN spokesman.

In a meeting with UN Secretary-General Antonio Guterres on Tuesday, Russian President Vladimir Putin agreed in principle to the involvement of the UN and the International Committee of the Red Cross (ICRC) in the evacuation of civil from Azovstal.

Follow-on discussions were to be held with the UN Office for the Coordination of Humanitarian Affairs (OCHA) and the Russian Defence Ministry, Xinhua news agency reported.

Following Tuesday’s agreement, OCHA is mobilising a team on behalf of the UN system to coordinate the evacuation of civil in the Azovstal, and the ICRC is also involved in the coordination efforts, said Farhan Haq, Deputy spokesman for Guterres, on Wednesday.

“So, today, Wednesday, we’re having follow-on discussions with the authorities in Moscow and in Kiev to develop the operational framework for the timely evacuation of civil,” he added.

“Speed is of the essence. What we’ve been trying to do from OCHA’s side is have some of the most experienced staff with expertise in complex operations travelling to Ukraine from around the world to support this effort… So, we’re putting people on the ground, and we’re in talks with the sides.”

“However, having said all that, what we have still is an agreement in principle. What we’re trying to do is translate that into an agreement in detail and an agreement on the ground. And ultimately, what we want is to make sure that a cease-fire would be respected that would allow us to move people safely,” he told a daily press briefing.

Some senior UN officials are already on the ground and some others are being moved into place.

UN Crisis Coordinator for Ukraine, Amin Awad is in touch with the authorities in Kiev, said Haq.

“But we have senior officials in Russia and around the world trying to also work … with the various officials to see what can be done to get a concrete arrangement put in place as safely and as quickly as possible.”

Asked whether there is a timeframe, the UN spokesman added that the timing is dependent on the outcome of discussions between OCHA and the Russian Defence Ministry on the one side and between the crisis coordinator and the authorities in Kiev.

“So, we’re trying to balance all of those different talks,” he said.

“And on the one hand, we need a few days to prepare for this extremely complex operation, and those efforts are already happening right now. But on the other hand, of course, we’re aware of the need to move as fast as we can while making sure that, if people are being moved, they will be moved safely.”

Disclaimer: This post has been auto-published from an agency feed without any modifications to the text and has not been reviewed by an editor