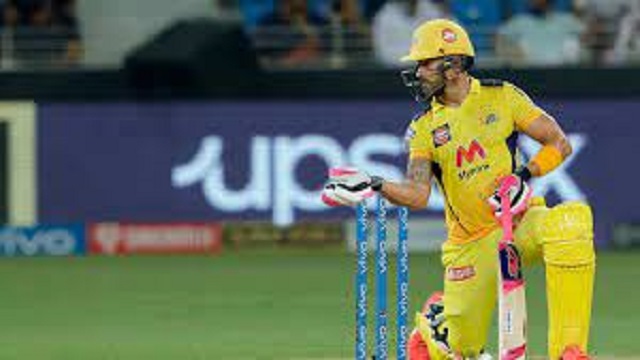 In the chase of 145 on a sluggish pitch, Bangalore were 58/4 at the halfway mark, including losing wickets of du Plessis and Maxwell on successive deliveries in the seventh over. The blows meant the batting never really recovered to chase down the total and were all out for 115 in 19.3 overs, raising questions over their batting make-up, especially with Virat Kohli opening the batting.

“That’s the thing we need to fix (on the top-order batting). The basics of the game don’t change. You needed someone in the top four to bat through and we have not done it. We have to try to change the batting order and see if that works. We have to try and play positively,” said du Plessis after the match.

“We wanted him to get in straight away so that he doesn’t sit on the sidelines and think about the game. He is a great player and we still back him to turn it around and hopefully, it’s around the corner. It’s a game of confidence.”

Du Plessis signed off by saying that dropping Riyan Parag did hurt them. Parag was batting on 32 when Hasaranga dropped a sitter at extra cover in the 19th over. Parag would eventually remain unbeaten on 56 to give Rajasthan a respectable total.

“It’s pretty similar to the previous game we played, there is a little bit of inconsistent bounce. We gave 20 runs too many and the dropped catch (of Parag) cost us 25. 140 was a par score on that pitch.”