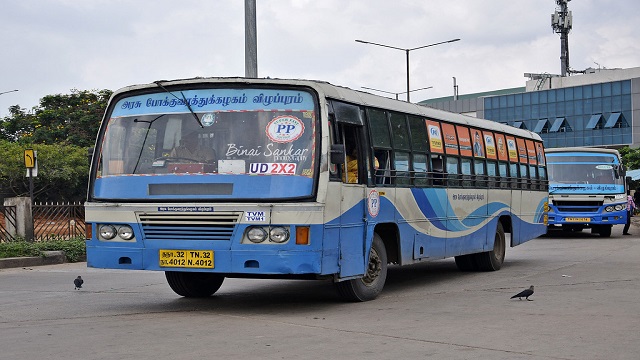 The Tamil Nadu State Transport Corporation (TNSTC) is to float tenders for electronic ticketing machines as the conductors and commuters have been demanding a shift from the manual system.

TNSTC has been using GPS-based electronic ticket machines since 2013 when the AIADMK government was in power and the contract for the same was given to a Hyderabad-based software company.

After the contract ended three years ago, the TNSTC has resorted back to the manual mode of ticketing creating problems for both the conductors and the commuters alike.

Sources in the TNSTC told IANS that the state government has agreed to flout tenders for GPS electronic ticket machines.

However, the bid dates and further details are awaited and the state transport minister and the principal secretary transport department have held two rounds of discussions regarding the same, according to sources in TNSTC.

K. Velumani, district office-bearer of TNSTC employees union, Chennai division while speaking to IANS said: “GPS connected electronic ticketing machines are a must for the smooth functioning of conductors. Shifting from electronic to manual method has taken its toll on the conductors and many are still to adjust to this and an only solution is a new contract with a service provider through an open tender.”

Conductors are also happy with the news that the state government is to call tenders for electronic ticketing machines.

Sukumaran. P, a TNSTC conductor in Chennai depot while speaking to IANS said: “We were using electronic ticketing machines for six years from 2013 and for the past three years it is back to square one. During the period of those six years, it was proper ticketing and both the conductors and the general public were happy as the process can be completed fast. Now it is a difficult situation with the manual ticketing taking its toll on the conductors and also taking time to dispose of a single commuter. It is leading to rifts and shouting with the commuters occasionally and we want the government and TNSTC to resort back to its olden ways.”

The state government is contemplating to approach the Central government for the funds required for the project. TNSTC has a fleet of 21,678 buses and handheld electronic machines cost anywhere between Rs 7,500 to Rs 8,000.

There are several schemes of the Union ministry of Transportation and sources in the office of the Tamil Nadu transport department told IANS that the state government will bear half the expenses of the handheld electronic machines and the rest of the central government will bear the other half.