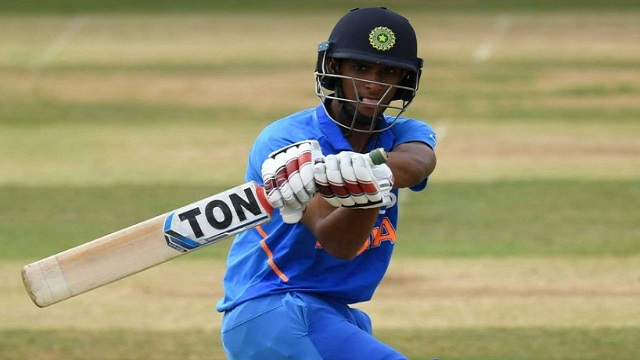 Former India head coach Ravi Shastri has been left mighty impressed with the performance of young Mumbai Indians batter Tilak Varma in IPL 2022, especially with the wide range of shots in the repertoire of the young left-handed batter.

The 19-year-old Varma, who played for India in the 2020 Men’s U19 World Cup in South Africa, has scored 83 runs in two matches so far. Though Mumbai haven’t won a single game yet in IPL 2022, his batting has been promising, especially his 33-ball 61 and stitching a partnership of 81 off 54 balls with fellow left-hander Ishan Kishan against Rajasthan Royals.

“He (Varma) has shown a lot of potential in both the innings he has played for Mumbai Indians. I am impressed looking at his wide range of shots — front foot, back foot, sweep. There’s a lot of variation in his shot selection. His composure, body language and temperament is very good for a young player.

“He’s batted very confidently. This player has the potential to go ahead,” said Shastri on Cricket Live show on Star Sports.

With Varma already in good nick with his show against pace as well as spin and senior middle-order Suryakumar Yadav slated to return for Mumbai’s match against Kolkata Knight Riders at Pune on Wednesday, Shastri thinks that the middle-order of the five-time champions will have a stronger look to resurrect their campaign in IPL 2022.

“Tilak Varma has shown positive intent with his batting and these are good signs for Mumbai Indians. Once Suryakumar Yadav is back in the playing eleven, Mumbai’s middle-order will be strong.”

Kolkata have won two out of three matches in IPL 2022 while Mumbai are yet to get off the mark on the points table.