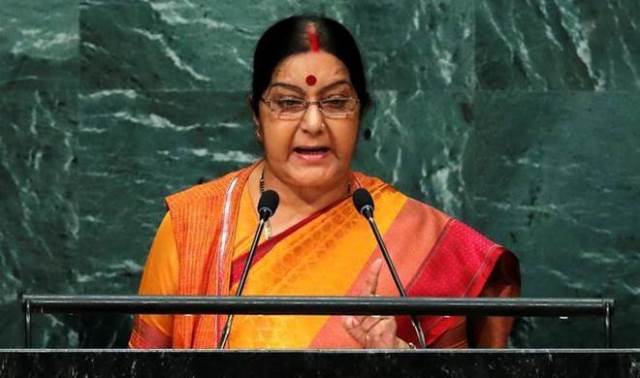 After India had called off talks between the two ministers, the focus was on the Saarc meeting here on Thursday which put them in close proximity and Sushma Swaraj took no chances.

She delivered her speech with the warning, “terrorism remains the single largest threat to peace and stability in our region, and indeed in the world”, and left the meeting at the Hotel Westin Grand before Qureshi’s speech.

The Saarc event was billed as an “Informal Council of Ministers Meeting”.

Qureshi later took a nasty swipe at Sushma Swaraj telling the Pakistani media that maybe she was feeling unwell, according to Samaa TV.

However, the Indian Minister, who has been keeping a grueling schedule this week, went on to have her scheduled meetings with Japanese Foreign Minister Taro Kono and Syrian Deputy Prime Minister Walid al Muallem.

In her address to the Saarc meeting, Sushma Swaraj did not name Pakistan while talking of “scourge of terrorism”.

“An environment of peace and security is essential for regional cooperation to progress and achieve economic development and prosperity of our people. The number of threats and incidents that endanger South Asia’s are on the rise.

“It is necessary that we eliminate the scourge of terrorism in all its forms,A without any discrimination, and end the ecosystem of its support,” she said.

Most of her speech, though, was about a positive outlook for Saarc.

“We attach highest priority to the development and prosperity of our region, under our ‘Neighbourhood First’ policy.”

“To realize our immense potential for trade, it is imperative that the further trade liberalization under South Asian Free Trade Agreement (Safta) and operationalization of Saarc Agreement on Trade in Services (Satis) are done at the earliest.”

Qureshi, however, accused India of blocking Saarc progress and said Sushma Swaraj “spoke about regional cooperation, but how will such mutual cooperation come about if the countries in the region are ready to sit down and you are creating a barrier to these talks”, according to Samaa.

However, New Delhi cancelled the talks a day later after three Indian police personnel were killed in Kashmir and Pakistan issued a stamp honoring a terrorist leader.

Indian External Affairs Ministry spokesperson Raveesh Kumar said while announcing the cancellation of the talks that Pakistan’s “the evil agenda” had been exposed and the “true face of the new Prime Minister of Pakistan has been revealed to the world”.

With the latest effort for resuming talks meeting a similar fate, Sushma Swaraj apparently did not want to chance even an informal greeting at the Saarc meeting. 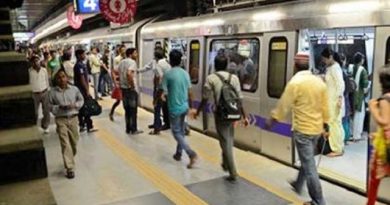