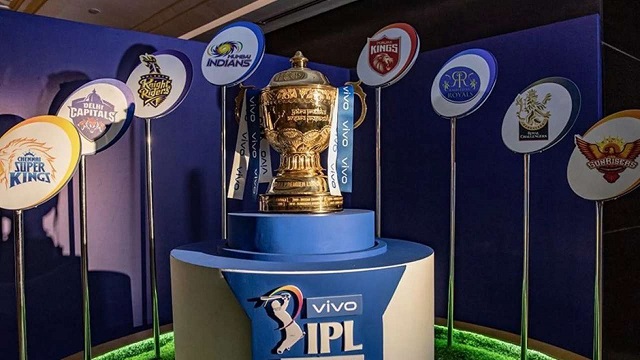 The 2022 Indian Premier League, for sponsorship reasons, is called Tata IPL 2022. It is going to be the fifteenth season of IPL. The season will have 10 teams in total for the competition. It is the second season to have ten teams after the 2011 tournament.

The IPL auction was conducted on the 12th and 13th of February 2022 in Bengaluru. A total of 600 players were auctioned.

The Chennai Super Kings are the defending champions, having won their fourth title in 2021. The Chennai Super Kings (CSK) is the four times IPL Champion, who is playing in the Indian Premier League (IPL) since the first edition of the tournament in 2008. The CSK have previously lifted the IPL title four times (in 2010, 2011, 2018, and 2021), making them the defending champions in 2022.

The Delhi Capitals mentored by Virender Sehwag is based in Delhi, India. DC has been table-toppers twice but never won the IPL. The team’s home ground is named Arun Jaitley Stadium, located in New Delhi.

The Gujarat Titans is a franchise cricket team based in Ahmedabad, Gujarat, India, that will play in the Indian Premier League (IPL). The team will be coached by Ashish Nehra and is captained by Hardik Pandya.

The Kolkata Knight Riders (KKR) owned by actor SRK is a two times IPL Champion based in Kolkata. The franchise has won the IPL tournament in 2012 and 2014. The franchise was captained by Gautham Gambhir.

The Lucknow Super Giants is a new cricket team based in Lucknow, Uttar Pradesh. The team is under the ownership of RPSG Group, which earlier owned the Rising Pune Supergiant franchise between 2016 and 2017. KL Rahul being the captain, the team is coached by Andy Flower.

The 2022 season will be the 15th season for the five-times champion Mumbai Indians. They will be one of the ten teams competing in the 2022 IPL.

Royal Challengers Bangalore or RCB have their home ground in Chinnasamy Stadium, Bengaluru. It was founded in 2008 by United Spirits and named after the company’s liquor brand Royal Challenge owned by Vijay Mallya. RCB is captained by Virat Kohli. The Sunrisers Hyderabad or SRH is a franchise cricket team based in Hyderabad, Telangana, which plays in the Indian Premier League (IPL). It’s their tenth appearance in all IPL tournaments.