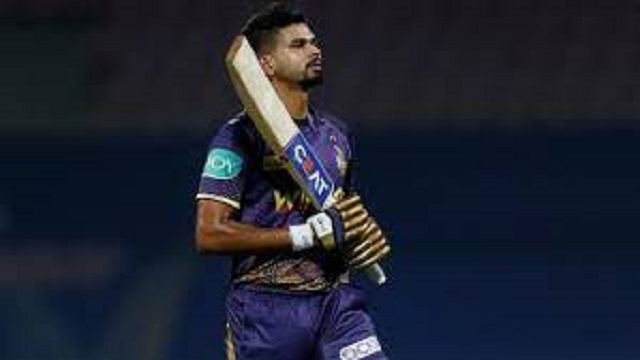 With Kolkata Knight Riders slumping to their fifth successive defeat in the match against Delhi Capitals on Thursday, skipper Shreyas Iyer said the players need to play fearless cricket in the remaining matches.

On Thursday, Kolkata Knight Riders were restricted to 146/9 in their allotted 20 overs, and then Delhi Capitals romped home to a four-wicket win thanks to vital knocks by David Warner (42), Axar Patel 34 and Rovman Powell (33 not out).

KKR captain Shreyas Iyer said, “We started off really slow and lost a couple of wickets. The wicket was holding a bit at the start but I still feel that the total was pretty low on this wicket and obviously the way we played in the first half, there are no excuses for that. We need to go back and assess where we went wrong,” Iyer said in the post-match comments on Thursday night.

“I think we need to stick with what we’ve got right now and play some fearless cricket, not be very conservative in terms of decision-making. We have five matches remaining so we need to play our hearts out and give everything for the franchise,” he added.

Iyer said his team started very slow and the score they managed was at the lower side. He said his team needs to play fearless cricket if they have to recover.

Asked how batters can play ‘fearless cricket’ when the team was struggling at 85/5, Iyer said, “I think we need to tell them to stop thinking. Forget about performances in the past. Just start off fresh and back your instincts. The preparation has been on point from everyone. It’s just the mindset where you need to sit back and just think about what I can do right, be overconfident. It’s fine. Even if you go wrong, it’s alright,” he said.

While Iyer has been talking about sticking to the plan and giving it their best shot, KKR had to go into the match with a new opening partnership.

“It’s been really difficult for the last few games because we are not able to set the right opening pair because lot of chopping and changing is happening, because some of the players are getting injured in between the games. It’s really difficult to have a stable batting lineup as well as bowling.

“When you are playing this league, you need to have the right combination right from the first game. If you click, you can take it from there. I think we need to stick with what we’ve got right now and play some fearless cricket, not be very conservative in terms of decision-making. We have five matches remaining so we need to play our heart out give everything for the franchise,” he said.

Iyer praised his pacer Umesh Yadav for the manner in which he made things difficult for Delhi Capitals.

“Umesh] (Yadav) he started off pretty well with a wicket. After that, he went for 11 runs in an over and momentum shifted completely towards the other team I feel. But after that, the way he came back and gave me two wickets. He’s been one of those guys who have given me special moments in the game. Whenever I give him the ball, he is ready to perform and also in the field he is always ready to do something brilliant. It’s really good that he’s been performing consistently and it’s good to have him in the team,” said Iyer.