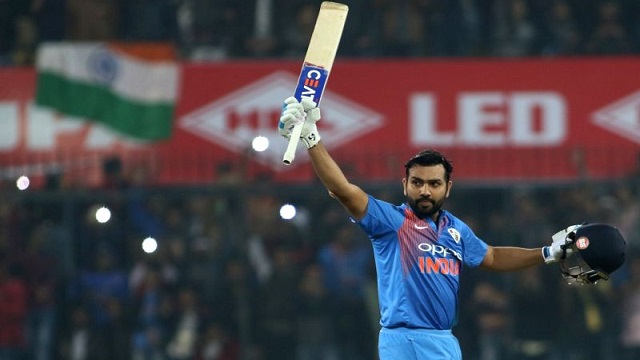 Chasing a healthy 289, Rohit anchored India’s innings with a breezy 129-ball 133. His 22nd ODI ton was laced with 10 fours and six sixes to overcome a sloppy start before pacer Jhye Richardson’s 4/26 brought the hosts back to restrict the visitors to 254/9 at the end of 50 overs.

Former India skipper Mahendra Singh Dhoni (51) also came up with a defiant half-century and shared a 137-run fourth wicket stand with Rohit but eventually failed to take the men-in-blue over the line.

With the century, the Indian opener stands jointly at the third place in the list for most ODI hundreds for India. Former skipper Sourav Ganguly retired with 22 tons, while Sachin Tendulkar tops the chart with 49 centuries and is followed by current skipper Virat Kohli, who has smashed 38 ODI tons.

Chasing an achievable 289 on a perfect batting strip, the visitors were off to a forgettable start, losing three quick wickets of opener Shikhar Dhawan (0), Kohli (3) and Ambati Rayudu (0) with just four runs on the board.

While Richardson accounted for the wickets of Kohli and Rayudu, debutant quick Jason Behrendorff trapped Dhawan leg before.

The sudden fall saw Dhoni joining Rohit in the middle and the duo slowly and steadily rescued India from the early mess. Their crucial 137-run partnership not only recovered India’s innings but also brought the visitors back into the contest.

Meanwhile, en route to his half-century, Dhoni also became the fifth Indian to reach the elusive 10,000-run mark in One-Day Internationals (ODIs) for the country. The stumper, who was missing the feat by just a run, entered the 10,000 clubs with a single off Richardson.

Just when everything seemed to be going India’s way, Behrendorff trapped Dhoni right in front of the wicket in the 33rd over.

Dhoni’s fall resulted in another batting collapse for the visitors with Dinesh Karthik (12) and Ravindra Jadeja (8) departing in quick succession even as Rohit continued to wage a lone battle at the other end.

With the increasing required run-rate and pressure mounting on India, Rohit tried to go over the midwicket for six but miscued a delivery of Marcus Stoinis and a thick top edge landed in Glen Maxwell’s hands.

Bhuvaneshwar Kumar chipped in with an unbeaten 23-ball 29 but it was not enough to help India cross the line as the Kohli-led side fell short by 34 runs.

Besides, Richardson’s four-for, Behrendorff and Marcus Stoinis bagged a couple of wickets each.

Earlier, Australia banked on a collective batting effort from the top and middle order to post a competitive 288/5.

After a poor beginning, the Australian middle-order stepped up when it was needed the most and four good knocks guided them to reach 288.

For India, Bhuvaneshwar and chinaman Kuldeep Yadav picked up two wickets each, conceding 66 and 54 runs respectively.

Bhuvaneshwar struck early for India, dismissing opener Aaron Finch (6) cheaply in the third over. It was also the pacer’s 100th ODI wicket.

Alex Carey and Khawaja tried to stabilise the Australian innings before Kuldeep gave the second jolt to the hosts, breaking a short 33-run partnership.

The fall of stumper Carey, saw Khawaja being joined by Shaun Marsh and both batsmen then played sensibly to rescue Australia from the early troubles.

The duo added a crucial 92-run stand for the third wicket before Jadeja packed back Khawaja in the 29th over.

Marsh and incoming batsman Handscomb then added 53 runs for the fourth wicket, helping Australia approach the 200-digit mark before Kuldeep came up with another breakthrough, dismissing a settled Marsh.

Handscomb and Stoinis then added a quickfire 46 runs in just five overs, and clobbered the Indian bowlers to most parts of the ground as they took their side to 248/4 in 47 overs. While trying to accelerate the run-rate, Handscomb departed after a valuable contribution.

Stoinis (47 not out off 43 balls) and incoming batsman Glen Maxwell (11 off 5 deliveries) landed a few lusty blows in the death overs to help Australia reach a fighting 288/5. 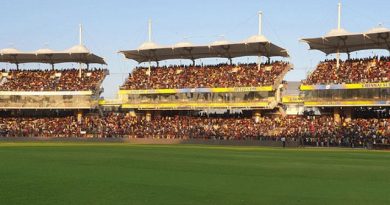 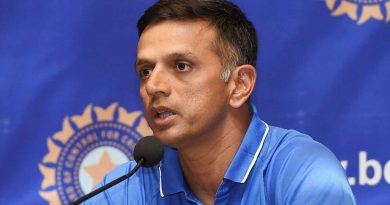 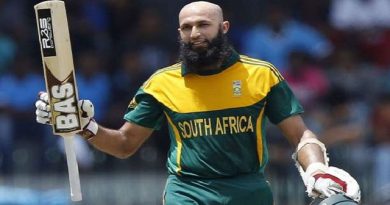