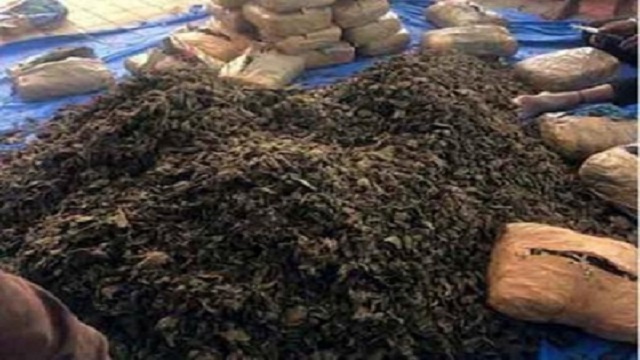 The home department of the Union Territory of Puducherry has directed the police to crackdown on ganja peddlers and users.

The territorial police have formed special squads in Yanam, Karaikkal, Puducherry, and Mahe regions to effectively crackdown on the ganja peddlers.

Inspector-General of Police, Puducherry, V.J. Chandran who is in charge of the crackdown while speaking to IANS said: “Measures are being taken to bring the ganja users also under the system and to charge them with cases, including revoking Goonda Act against them.”

Police said that compared to previous years, ganja use is on a high in the second half of 2021 till now and that more than 100 kg of ganja was seized from the Union territory.

The Home department in coordination with the state school education department is conducting seminars and workshops against the use of ganja and marijuana among the students.

A senior officer with the Puducherry police told IANS that if a student is found using ganja, he would be sent to juvenile home and the government is planning to act tough in the territory against peddlers and users.

It is to be noted that the ganja is reaching the Union territory from other states and the police check-up at borders will be heightened with special emphasis on Tamil Nadu and Kerala borders.

Puducherry police have also requested the local public to update police if they found any ganja users on their premises and to call the helpline number 112 to share the information.

The state police, along with the education department, will commence opening anti-narcotic cells in schools to monitor children in schools and colleges against the use of ganja and other narcotic substances. Police also requested parents to be on high alert for their children and to keep an eye on them.