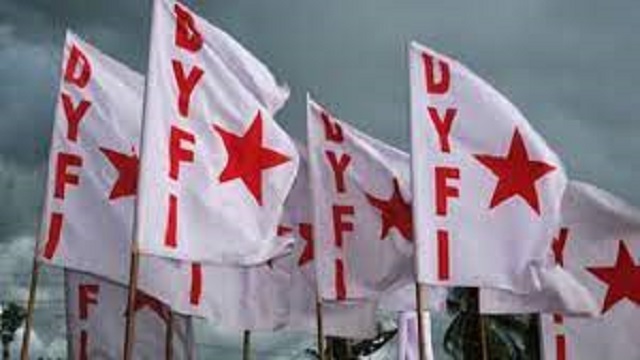 The Democratic Youth Federation of India (DYFI), the youth organisation of the CPI-M has demanded reservation of jobs in private sector in the Union Territory.

The organisation also demanded a minimum monthly salary of Rs 21,000 as also safety for women in the workplace.

The DYFI leader said that 2.5 lakh youngsters have registered with the employment exchange in the Union Territory. He, however, said that according to a study conducted in June 2021, the unemployment rate in Puducherry was 47 per cent and is on the rise.

A. Anand, DYFI Puducherry state secretary said that the Modi government had promised 2 crore jobs per year but had ended up winding up over a crore of small and micro enterprises due to demonetization, GST levy, and Covid -19.

The DYFI leader said that according to reports, 68 lakh people getting a monthly salary had lost their jobs.

Anand, while speaking to IANS, said: “The Modi government has been a disappointment in all walks of life in the country and the youth are more affected.”

He said that the DYFI will be carrying out a cycle rally on April 21 in Puducherry against the rising unemployment and will be part of the cycle rallies to be held on the same day at Chennai, Kanniyakumari, Coimbatore, and Tiruchi.

Anand said: “The Centre is privatising profit-making public sector undertaking and Modi’s all-round development of aSabKaa Sath SabKaa Vikas’ has turned out to be a sham and 23 per cent of Urban youth in India are unemployed.”