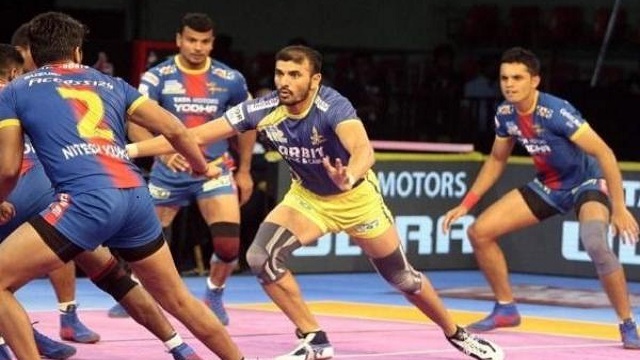 Vikas Kandola’s brilliant effort wasn’t enough to bring a win for Haryana Steelers as they had to settle for a 32-32 draw against Tamil Thalaivas in an inter-zonal clash of the ongoing Pro Kabaddi League (PKL) at the NSCI stadium here on Wednesday.

Tamil Thalaivas started on a brilliant note as their consecutive successful raids and tackles helped them take a 6-2 lead in the first five minutes.

They continued to collect points on most of the occasions as the Ajay Thakur-led side moved to 10 points, while their opponents were still at four.

Sukesh kept on breaking Haryana’s defence as his side reached 13 points, eight above Haryana.

However, the game witnessed a change in the final 10 minutes as Haryana shifted gears and Vikas along with Naveen kept on earning raid points, while their opponents suddenly started to falter.

Haryana slowly cut the deficit to just two points as the scoreline read 11-13 and later inflicted an All-Out to take a one-point lead with the score being 14-13 with four minutes left.

Vikas continued to raid successfully and his side’s defenders also rose to the occasion to collect tackle points as Haryana took a 19-15 lead at half-time.

The second-half saw both the teams creeping ahead with Haryana still managing a 25-23 lead by the 32nd minute.

With the score reading 26-24 in favour of Haryana in the final five minutes, Ajay and Jasveer’s successful raid tied the issue at 27-27 to make the matter interesting.

Tamil Thalaivas then inflicted an All-Out to make a comeback in the contest as they took a 31-29 lead.

Vikas’ failed attempt saw the Tamil Thalaivas moving to 32 points however, his back-to-back successful attempts tied the issue again at 32-32 before the final whistle and the contest ended in a draw. 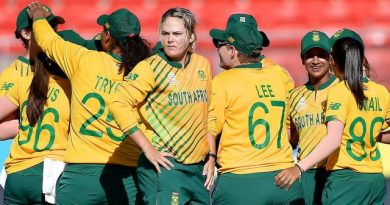 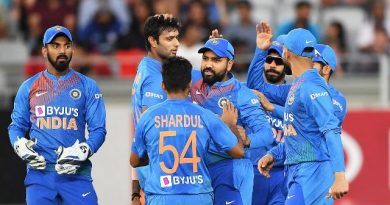