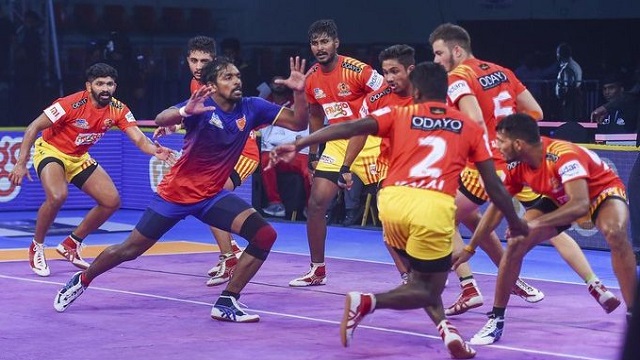 Haryana Steelers pipped host U Mumba 35-31 in a closely-fought battle in a zone A affair of the ongoing sixth edition of the Pro Kabaddi League (PKL) at the NSCI stadium here on Sunday.

This was the second consecutive defeat for U Mumba in their home leg and third overall after playing 11 games.

Haryana started well with a 2-0 lead over the host before Siddharth opened U Mumba’s account with a raid point, while Vinod also contributed with a point to tie the score 2-2 by the third minute.

The host then tackled Monu Goyat to take a one-point lead. Siddharth continued to bring points for his side as his two-point raid not only helped U Mumba stretch their lead to 5-2 but it also left Haryana with just two players on mat.

An unstoppable Siddharth took the opportunity with both hands as the local lad’s another fine raid helped the host inflict an All-Out and take a 10-3 lead.

However, Siddharth failed twice later as the visitors slowly gained momentum and tied the issue 12-12 in the 13th minute. The hosts faultered in the final moments of the first-half as they could manage a 17-16 lead by the end.

The second-half also saw a close battle as the score was 21-21 in the 28th minute.

The visitors then collected couple of points to take a 23-21 lead but Fazal’s spectacular tackles helped U Mumba take a two-point lead as the score read 26-24 in the host’s favour.

Siddharth also collected few points later, while continous successful tackles by the home side led U Mumba to 28 points while their opponents were at 25 points with just three men on mat by the 35th minute.

The host maintained a two-point lead with less than three minutes left but Haryana also colleceted points in the dying moments to tie the issue 29-29 before the visitors tackled Siddharth to take a 30-29 lead.

Haryana showed some terrific fightback to stretch their lead to 33-30 before moving to 35 points, while the home side could only manage couple of points as the visitors ran away with a narrow 35-31 win. 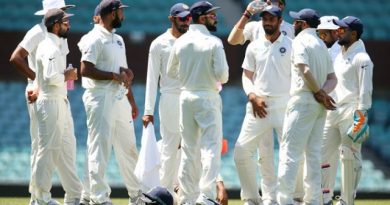 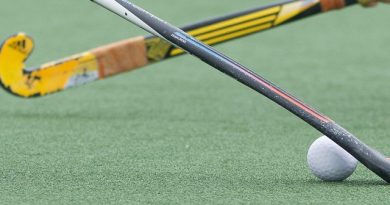