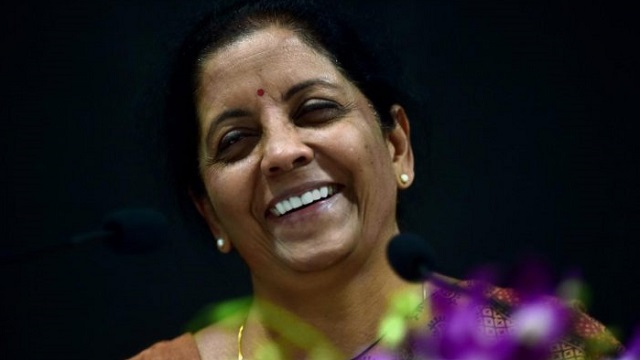 Defence Minister Nirmala Sitharaman on Sunday said Prime Minister Narendra Modi played the role of “perfect chowkidar” by giving Pakistan a befitting reply after the Pulwama terror attack, something his predecessor Manmohan Singh could not do in the wake of the 2008 Mumbai terror attack.

“After Mumbai attack, the government then did not have the guts to give a befitting reply to Pakistan. They sat right, gave statements, said they would talk, make them understand. OK, do all that. We will also do. But so long, we had been suffering,” she said.

“And Pakistan continued to claim before the world that they are themselves victims of terrorism. You are grooming terrorists, training them, and sending them to India. And claim you are the victims of terrorism… then take action as per law against them,” Sitharaman said. Lower judiciary not eligible to recruited as district judge: SC