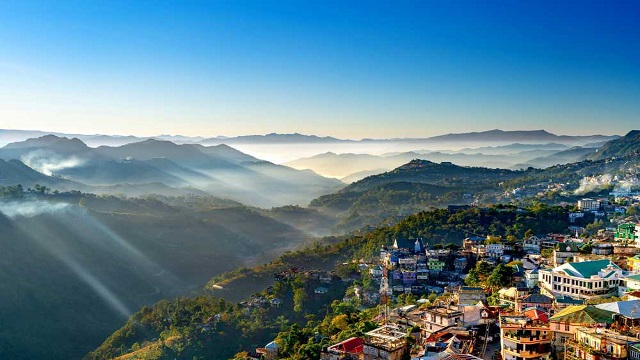 The Mizoram government has taken steps to promote eco-tourism to boost sustainability, conservation of the environment and enhance livelihoods as the northeastern state has abundant resources of forest, rich and rare varieties of flora and fauna and ideal climatic conditions.

Mizoram Tourism Minister Robert Romawia Royte while speaking at a Round Table Discussion at Aijal Club on Monday said that it was estimated that about 28 per cent of the bamboo resources of the country are available in the northeastern region.

“Out of the total forest area of the region, about 12.8 per cent is bamboo, and two third of the growing stock is located in the northeastern states,” he said.

According to Royte, the initiative of the state and the Centre would unlock the relatively unexplored eco-tourism potential of the northeast, particularly in Mizoram. Stressing on the need for promotion of responsible tourism, travel and sustainability, the minister said that the state’s tourism department had recently framed a policy to this effect known as the Responsible Tourism Policy, 2020.

“The crippling effect on the tourism industry induced by the pandemic is gradually wearing off. The state is currently focusing on post-Covid strategy and plan for revival of tourism in the state. We have prepared a comprehensive recovery plan to rebuild Destination Mizoram focusing on responsible and sustainable standards,” he said.

The minister said that being at the centre of the world’s richest bio-diversity hotspot, blessed with rich and rare varieties of flora, fauna and ideal climatic conditions, he hoped that Mizoram would soon become a favourite destination for travellers, both domestic and international.

As per the tourism minister, there is a strategic shift in the world’s perspective of India after the central government unveiled its Act East Policy. Giving top priority to connectivity, he said that the Centre is undertaking several mega projects to enhance inter-connectivity within the northeast and with the neighbouring countries.

India’s policy will make the northeastern states the main gateway for South East Asia, Royte pointed out. Mizoram Chief Secretary Renu Sharma said that the state tourism department is developing and implementing various tourism activities to make Mizoram an eco-tourism destination, while keeping in mind sustainability and conservation of the environment.

She stressed that in the context of Mizoram, eco-tourism is being promoted as a means of adding value to nature, thereby achieving sustainable tourism. It is a form of tourism which fosters environmental principles with emphasis on visiting and observing natural areas relatively undisturbed by human activities, she said and hoped that eco tourism would provide the local community with jobs, enabling a shift from unsustainable practices to environmentally sensitive eco systems.

MNF legislator F. Lalnunmawia said that a pilot project on a bamboo link road, the first of its kind in the country, sanctioned by the Centre and initiated by Chief Minister Zoramthanga would connect the bamboo potential areas in Mizoram with all-weather roads.

However, a major portion of the bamboo resources remains untapped and unutilised due to several reasons including problems in harvesting and transportation of bamboo, poor road connectivity, lack of technology and industrial infrastructure for value addition of the raw bamboo resources, he said.