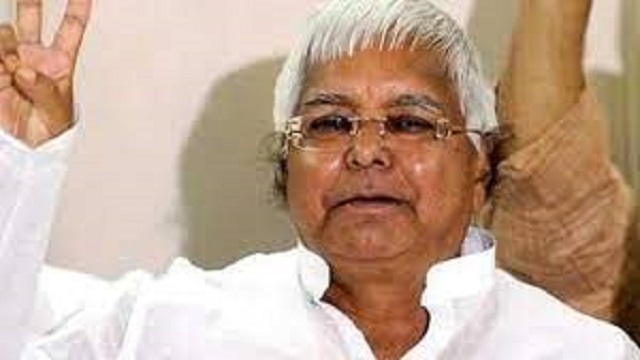 The Jharkhand High Court on Friday granted bail to Rashtriya Janta Dal(RJD) chief Lalu Prasad in connection with a fodder scam case relating to the fraudulent withdrawal of Rs 139.5 crore from the Doranda treasury in undivided Bihar.

Ranchi High Court judge Apresh Kumar Singh granted the bail 42 weeks after Lalu’s conviction in the Doranda case. The special CBI court had convicted the RJD chief on February 21 and awarded five years jail term. Since then, four hearings have taken place in the court for his bail.

During the last hearing, the court had asked CBI to clear its objection on why should Lalu Prasad should not be given bail. Although the CBI filed its reply in court, the judge was not satisfied with the arguments.

On the other hand, Justice Apresh Kumar Singh was more satisfied with the argument of Lalu’s lawyer Prabhat Kumar.

“Ranchi High Court has granted bail in Doranda case and the copy of the decision has been sent to the authority of Hotwar jail Ranchi. The jail authority will further communicate to AIIMS Delhi for the release of Lalu Prasad,” Kumar said.

Currently, Lalu Prasad is admitted in AIIMS Delhi due to his multiple health issues. He suffers from kidney disease, blood pressure, lung infection among other ailments and is under the custody of jail in the AIIMS Delhi.

Prabhat Kumar believes that it will take two to three days for Lalu to walk out of the jail.

Welcoming the development, Tej Pratap Yadav, the elder son of Lalu Prasad said the granting of bail has come in the “pious” month of Ramzan.

“We have been praying to God for long. Finally, our prayers have been answered and my father has been granted bail. We are very grateful to God and the court of law,” he said.

On Friday evening, the RJD has organised an Iftar party at the residence of Rabri Devi in Patna.