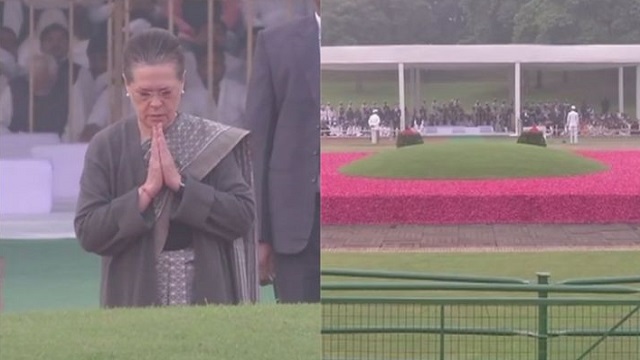 President Ram Nath Kovind, Prime Minister Narendra Modi were among others who along with UPA chairperson Sonia Gandhi on Wednesday paid tributes to the nation’s first Prime Minister Jawaharlal Nehru on his birth anniversary.

While Kovind “remembered” Nehru in a tweet, Modi from Singapore tweeted: “We recall his contribution to our freedom struggle and during his tenure as Prime Minister.”

Vice President M. Venkaiah Naidu described Nehru as a “visionary” for his “invaluable contributions towards the building of modern India”.

On the occasion, Naidu also greeted children as their much loved Chacha Nehru’s birthday is celebrated as Children’s Day in India since 1964.

Nehru was born on November 14, 1889, and was sworn in as the first Prime Minister on August 15, 1947, after the country gained independence from the British rule.

He served the country till May 27, 1964. He still remains as the country’s longest-serving Prime Minister.