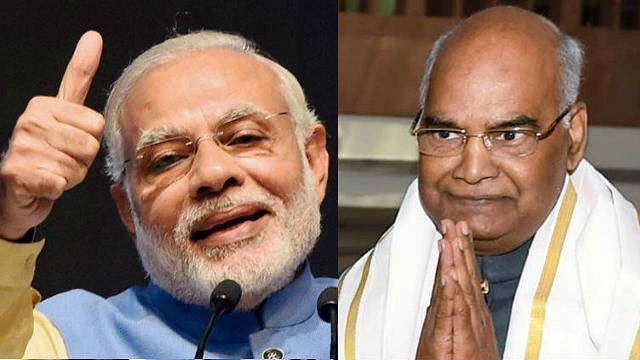 Modi called the 88-year-old long-time socialist a “fiery trade union leader”, who resisted the Emergency “tooth and nail”, while Kovind described him as a “champion of democracy”.

The President said he was distressed to learn of Fernandes’ death, who served India in many capacities, including as the Railway and Defence Minister.

“He epitomised simple living and high thinking. And was a champion of democracy, during the Emergency and beyond. We will all miss him,” the President’s office tweeted.

“Frank and fearless, forthright and farsighted, he made a valuable contribution to our country. He was among the most effective voices for the rights of the poor and marginalised,” he said in a tweet. “Saddened by his passing away.”

The Prime Minister said the former Samata Party leader fought for justice, and could humble the mightiest of politicians at the hustings; a visionary Railway Minister and a great Defence Minister who made India safe and strong.

He said Fernandes never deviated from his political ideology during his long years in public life.

“He resisted the Emergency tooth and nail. His simplicity and humility were noteworthy. My thoughts are with his family, friends and lakhs of people grieving. May his soul rest in peace,” Modi said.

On Facebook, Gandhi said: “I am sorry to hear about the passing away of former Parliamentarian and Union Minister, George Fernandesji. My condolences to his family and friends in this time of grief.”

With the demise of Fernandes, India has lost a stalwart of its socialist movement, said Union Home Minister Rajnath Singh on Twitter.

“He led many labour movements and fought against the injustice towards them… May his soul rest in peace,” he said.

Bihar Chief Minister Nitish Kumar, who is the Janata Dal-United chief and has worked closely with Fernandes for three decades, described his death as the “loss of the tallest socialist leader”.

All official programmes of the Bihar Chief Minister were cancelled for the day.

West Bengal Chief Minister and Trinamool Congress supremo Mamata Banerjee tweeted that she was “very saddened” at Fernandes passing away and recalled him as the “much admired trade unionist”, whom she had known for decades.

Fernandes was suffering from Alzheimer’s disease, and had been out of the public eye. He was been bedridden for more than eight years, family sources said.

Fernandes rose to political prominence when he led the Bombay Taxi Unions Association and defeated S.K. Patil, a Congress heavy-weight in the 1967 general election.

A fire-brand and hardworking Fernandes, only 37 then, campaigned tirelessly, covering large swathes of the constituency with his workers getting a 48.5 per cent of the votes.

Fernandes later joined the Janata Dal. He served as Railway Minister in the V.P. Singh government from 1989 to 1990. He was instrumental in setting up the Konkan Railway project, connecting Mangalore and Bombay.

In 1994, Fernandes formed the Samata Party, which later allied with the Bharatiya Janata Party.

He was appointed convenor of the National Democratic Alliance (NDA) and served as the Defence Minister in the Atal Bihari Vajpayee government for two terms, between 1998 and 2004.

His term was eventful as it witnessed the Kargil War and the Pokhran test. 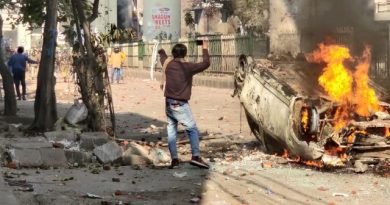