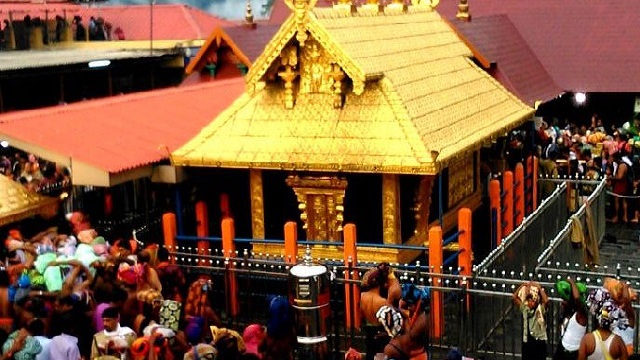 Over 60 pilgrims have been arrested from Sabarimala after they failed to comply to prohibitory orders in place at the temple leading to protests here and across Kerala, police said on Monday.

While angry Hindu activists took to streets, raised slogans and held prayer sessions in front of police stations across the state, Union Minister K.J. Alphons criticized the state government for the action.

As news spread about the arrests, in Thiruvananthapuram protesters assembled near Chief Minister Pinarayi Vijayan’s residence and shouted slogans.

The situation started growing tense late on Sunday when despite prohibitory orders in and around the temple town, over 200 pilgrims did not vacate the premise and started singing Lord Ayyappa hymns.

They continued with the chants even after being requested, forcing the police to take action and forcefully evict them. As many as 68 devotees were also arrested.

They were taken to the Maniar Police Camp in Pathanamthitta district and were to be produced before a court later Monday.

Superintendent of Police Prathish Kumar told the media the arrests were made as protesters even after being informed to disperse once the temple closed at 10 p.m, did not move out.

Forces of the Sangh Parivar has announced to hold protests on Monday across the state. Security has been heightened for Vijayan, who has official engagements in Kozhikode.

Speaking to the media at Nilackal, Alphons on Monday said: “I fail to understand why the Kerala Police has clamped prohibitory orders.

“This is not the way things should be handled. Sabarimala pilgrims are not extremists. You cannot use force in this place.”

He also said that he would inspect how the state has utilized the Rs 100 crore-relief fund from the Centre. “I will go around the temple town to make sure how the funds have been used.”

The Sabarimala temple opened its doors at 5 p.m. on November 17 for two months.

The temple town has witnessed protests by Hindu groups since the September 28 when the Supreme Court allowed women of all ages to enter the temple that hitherto banned girls and women aged between 10 and 50.

The apex court on November 13 refused to stay that verdict.

While the Kerala government is trying hard to see that the apex court verdict is implemented, the BJP/RSS, Sangh Parivar forces and the Congress-led UDF are up in arms against violation of the temple tradition. 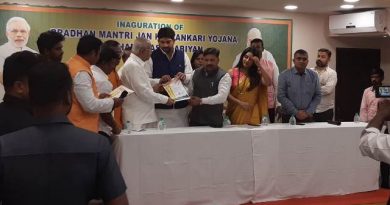 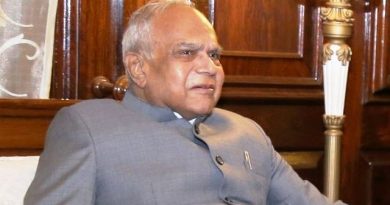