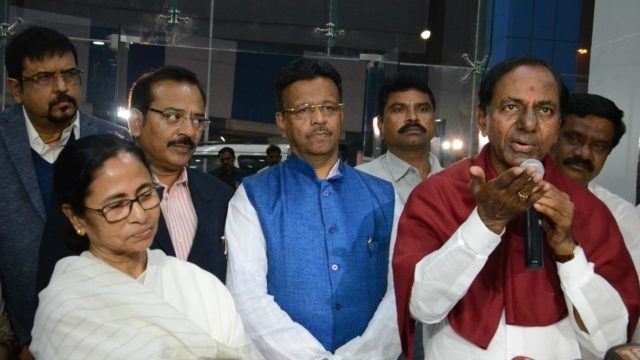 Telangana Chief Minister K Chandrashekar Rao, popularly known as KCR, on Monday met his West Bengal counterpart Mamata Banerjee and said his mission was to form a non-Congress, non-BJP front and that a concrete plan would be unveiled soon.

“That’s what is the mission of KCR,” Rao said after the meeting at the state secretariat Nabanna, when a media person asked him whether he was still looking for a non-Congress, non-BJP front.

When a media person asked what exactly his mission was, he replied “That is what you said. That’s my mission… I will continue my effort. Don’t be in such a haste. This is not a small thing… taking a decision across the table.”

He hoped “very soon” they would come up with a concrete plan.

“Our dialogue will continue. Very shortly I think, we may come out with a concrete plan.. wait for the appropriate time… You will see things happening very shortly. We will give you good news. We will let you know,” Rao said, as Banerjee was seen nodding in agreement.

“My discussions with didi (elder sister, as Banerjee is affectionately called) are always good. We had a discussion. We will continue our dialogue. The results will be visible,” he added.

KCR, who became the chief minister for Telangana for the second consecutive time after winning the recent assembly polls, mentioned that Banerjee had congratulated him for Telangana Rashtra Samithi’s victory.

Rao had also met his Odisha counterpart Naveen Patnaik in Bhubaneswar on Sunday as part of his series of meetings with regional leaders for forming a federal front of regional parties.

Kejriwal urges all Delhiites to work from home 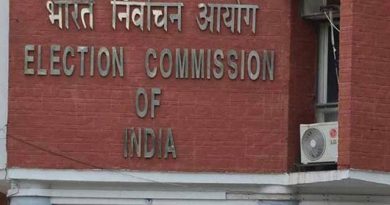 Last 5 years were of hard work, next 5 of results: Modi