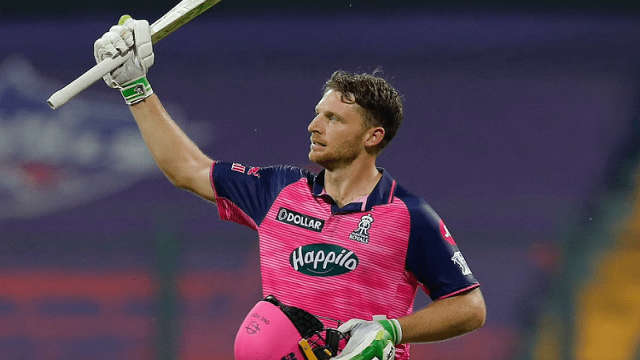 Former England cricketer Kevin Pietersen has praised country-mate Jos Buttler for his array of shots, saying that the 31-year-old’s “array of shots” and his “execution of shot” is unmatched, adding that India’s KL Rahul is another cricketer who “has those skills”.

Rajasthan Royals’ Buttler has emerged the Indian Premier League’s (IPL) leading scorer with 491 runs at a strike rate of 161.51. He has so far scored three centuries in IPL 2022 with the latest coming against Delhi Capitals on Friday evening.

He also blasted hundreds in victories against Mumbai Indians and Kolkata Knight Riders.

“His array of shots and his execution of shots is unmatched, but I also love his calmness and his presence of mind in the middle. KL Rahul (Lucknow Super Giants) is another who has those skills,” said Pietersen.

Pietersen also called Buttler the best T20 batter in the world following his amazing knock for the Royals against DC, where he scored 116 off 65 balls in the mammoth total of 222/2. The Royals defeated Dellhi Capitals by 15 runs thanks to the England cricketer’s knock.

“Jos Buttler has made a fabulous start to the IPL,” Pietersen was quoted as saying in his Betway blog by mirror.co.uk. “He’s the best T20 batter in the world at the moment, by a mile. That’s what sets these guys (Buttler and Rahul) apart. They are very calm and very calculated, and then have the phenomenal shot-making and ball-striking.”

Pietersen also attributed Buttler’s return to form to being dropped from the England Test side following their 4-0 thrashing in the Ashes.

“There are several guys who look totally burnt out at the moment. Whereas Jos Buttler benefitted from a break during England’s Test series in the West Indies, you’ve had the likes of Rohit Sharma, Virat Kohli and Jonny Bairstow playing all formats and living in bubbles for months on end.

“That is not anyway to maximise world-class talent. They’ve churned out money for their boards by fulfilling most matches in every format in the last couple of years and, as star players, they are under constant pressure with millions of people watching them. The cricket schedule is crazy. Even as a commentator, I’m working flat out. But, clearly, I’m not under the pressure that these guys are.

“Honestly, I think these guys need a six-month break. Get away to the US, to London, to wherever else where travel is unrestricted. Clear your head, come back and rack up the runs again. It’s unrealistic, but it would do some of these guys the world of good.”