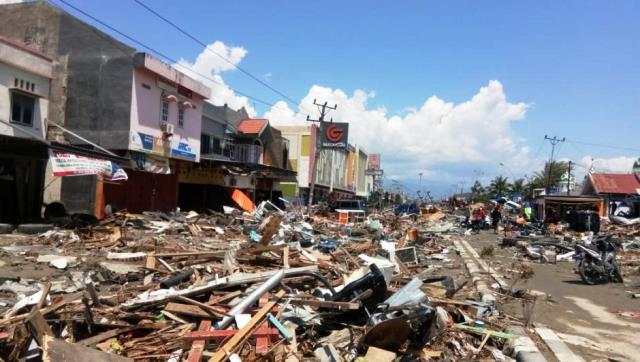 Rescuers continued on Monday to hunt for survivors in the aftermath of the earthquake and tsunami that killed 844 people in Indonesia’s Sulawesi island, leading to large-scale destruction and promoting food and fuel shortage.

Palu, a city of 350,000, was the worst affected and reduced to ruins. Dead bodies covered by tarps lay in the city’s streets, exposed to Indonesia’s blistering heat, as rescuers searched rubble for survivors buried in crumpled buildings.

Vice-President Jusuf Kalla said the final death toll could be in the thousands. Authorities started burying some of the confirmed dead in mass graves as a precautionary measure to prevent the spread of disease, the BBC reported.

An estimated 2.4 million people were affected by the disaster, Indonesian Disaster Management Agency spokesman Sutopo Purwo Nugroho said. At least 600 people were hospitalized and over 48,000 were displaced.

People were sleeping in the open, wary of returning to their homes. Reports say that aid started to reach Palu, but rescuers were still trying to reach Donggala regency, home to over 300,000 people.

Hundreds of people, screaming for food, jostled outside the Itudulaka military command, in the city. Officials said that they required more volunteers, more supplies of water and rice that could be distributed at different points in the town, instead of in one place.

Fuel shortage was affecting power generators, which were currently the only source of electricity in the city and were also being used for emergency communication.

According to authorities, aid has been slow to trickle in, delayed by severe damage to Mutiara Sis Al Jufri Airport in Palu, which was closed for 24 hours after the tsunami but has since reopened to limited flights.

Priority will be given to evacuating survivors and allowing aid workers to bring in food and fresh water said Indonesian President Joko Widodo, who visited the disaster site on Sunday.

Widodo also agreed to accept international help for disaster response and relief, officials said. The EU and South Korea offered $1.7 million and $1 million respectively, while the Australian government said it was working with Indonesia to identify options for assistance.

Blocked roads, a damaged airport, and broken telecommunications made it difficult to bring help into the affected area and impossible to contact more remote regions. “We don’t know for sure what is the impact,” said the disaster management agency spokesperson.

Reports said that mobile phone signals were detected in the rubble of the shopping mall in Palu and shouts were heard under the debris of the Roa Roa Hotel. Workers were scrambling to rescue 50 people trapped beneath its debris.

The current and former mayor of Palu were among the dead.

An early tsunami warning had been issued by the Indonesian meteorological agency but was later lifted after the agency ascertained that the water had receded. 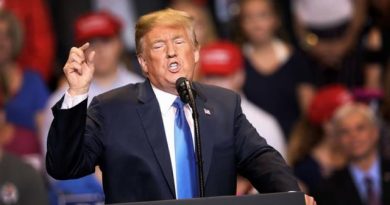