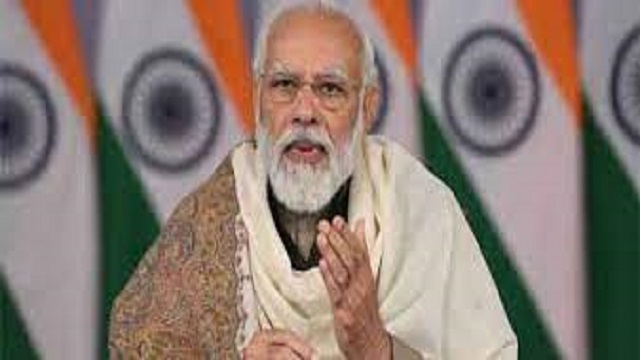 In his March 27 ‘Mann Ki Baat’ radio address to the nation, Prime Minister Narendra Modi had expressed satisfaction over Indias success in achieving the target of $400 billion of exports. He noted that this signified Indias capabilities and potential and confirmed that the demand for Indian goods was rising in the world, and attributed this feat to the contribution of countrys farmers, artisans, weavers, engineers, small entrepreneurs and people from many different professions.

For the first time in India’s economic history its merchandise exports touched a record $418 billion in 2021-22, exceeding the government’s target by about 5 per cent. The Department of Commerce had set a merchandise exports target of $400 billion for FY 2021-22, up from $292 billion in 2020-21. This feat was remarkable as export growth marked a 40 per cent increase over the previous year despite severe breakdown in logistics and labour supply due to the Covid-19 pandemic.

This performance in exports reflects the increased resilience of the Indian economy under the leadership of Modi.

Owing to proper policy support and incentives offered by the Modi government, India’s export sector has continued to look up even in the first quarter ending March 2022. India’s exports touched $40.38 billion in March 2022 from $34 billion in 2021. The impressive performance of this sector was attributed to a diversified export basket, particularly robust performance of petroleum products, engineering, gems and jewellery, chemicals and pharmaceuticals.

It was also the first time that growth forecasts about the Indian economy were positive as never before. India was predicted to be the fastest growing economy post-pandemic among all the big economies of the world including China. Before the Ukraine war, all the international rating agencies had estimated a growth rate above 8 per cent for the Indian economy during FY 2022-23 higher than China. There was some change in growth forecast after the Ukraine war, but India still stands in good light. An UNCTAD report has forecast that the Indian economy would record a growth rate of 4.6 per cent in 2022 notwithstanding the economic shock of Ukraine war, viz., to increase in commodity prices including energy and reflexes from trade sanctions, food inflation, tightening polices and financial instability. Even in this situation India’s growth rate would be substantially higher than UNCTAD’s projection for the world as a whole.

The UNCTAD report has downgraded its global economic growth projections for 2022 to 2.6 per cent from 3.6per cent, while in India’s case the agency was still optimistic that if not 6.7 per cent as forecasted by it earlier, India would realize a growth rate of 4.6 per cent.

UNCTAD has given a positive assessment about India even while it has emphasized that the global economy would be badly hit due to shocks from the Ukraine war and changes in macroeconomic policies that put developing countries at risk.

International analysts’ credit the Indian government for improving India’s external sector as well as management of growth and welfare within the Indian economy apart from helping many developing countries during difficult times. Even while India was struggling to safeguard its population from the second wave of the Covid pandemic, India’s foreign exchange reserves touched a record high of $642.46 billion in September 2021 and stood at $631.92 in March 4, 2022.

India’s economic reforms and policy initiatives have made it one of the top destinations receiving Foreign Direct Investment (FDI).

The government has also supported the agricultural sector and farmers to make India one of the major foodgrain producers of the world. The total foodgrains production was pegged to reach an all-time record high of 316.06 million tonnes. Estimates show that the wheat production was also expected to reach the highest ever level of 111.32 million tonnes during 2021-22. This was a great solace even when the two major producers of wheat Russia and Ukraine were at war, India could fill the gap for global wheat requirements including countries for countries like Egypt and Turkey and also South and South East Asian countries. The total rice production in India was also poised to reach an all time high of 127.93 million tonnes.

The Afghans appreciate how India offered a total of 50,000 MT of wheat aid to them. When Sri Lanka was facing an unprecedented economic crisis and food prices were soaring at an all time high, India as an all weather friend offered food aid under which the Indian traders loaded the first consignment of 40,000 tonnes of rice on April 3. This was widely appreciated by the Sri Lankans whose country was struggling to pay for essential imports after a 70 per cent drop in foreign exchange reserves in the last two years.

The Indian government has stood up to its ‘Neighbourhood First’ policy by offering credit lines to its South Asian neighbours, including Sri Lanka. India recently extended $1 billion credit facility to Sri Lanka to import food and other essential commodities and medicines from India. This humanitarian aid to help Sri Lankan people has further cemented the bonhomie between the two peoples. The Indian budgets always have a component of credit lines to neighbouring countries like Nepal, Bangladesh, Myanmer and Sri Lanka.

Even while many Afro-Asian countries were struggling to get Covid-19 vaccine, Modi’s statesmanly initiatives to supply them with the Covid vaccines even while India’s own vast population required it has set an example how India still abides by its age old philosophy of “Vasudhaiva Kutumbukam” (the whole world is a family). India delivered vaccines to both Bangladesh and Nepal and termed it as a “gift from the people of India to the people of Bangladesh and Nepal”.

India continues to rise in stature as a humanitarian and cooperative country as well as a global power under the leadership of Modi. The list of the countries receiving Covid-19 vaccine from India both as grant and commercial consignments includes about 100 Afro-Asian and Central Asian countries.

Today the world looks on to India to make efforts for a new world order which uses peaceful means and abides by international conventions to resolve disputes.