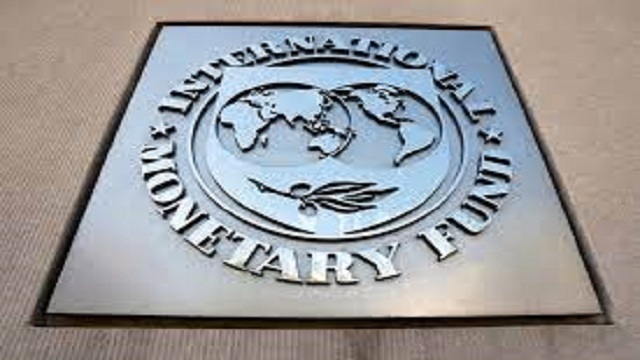 The International Monetary Fund on Tuesday projected a “fairly robust” growth of 8.2 per cent for India in 2022, making it the fastest-growing major economy in the world, almost twice faster than China’s 4.4 per cent.

The global growth has been projected at 3.6 per cent in 2022, down from 6.1 per cent in 2021, the IMF said in its annual World Economic Outlook report released here.

It has also lowered India’s growth projection by 0.8 percentage points for 2022 from its previous forecast for the same period last year.\

The downgrade in the 2023 growth projection for India is partly reflective of the war in Ukraine that has resulted in high energy and food prices, slowing down the growth momentum.

Notable downgrades to the 2022 forecast for Asia include Japan (0.9 percentage point) and India (0.8 percentage point), “reflecting in part weaker domestic demand — as higher oil prices are expected to weigh on private consumption and investment — and a drag from lower net exports,” the report said.

In its report, the IMF has projected global growth at 3.6 per cent in 2022 and 2023, 0.8 and 0.2 per cent lower than in the January forecast, respectively. “The downgrade largely reflects the war’s direct impacts on Russia and Ukraine and global spillovers,” it said.

Observing that both Russia and Ukraine are projected to experience large GDP contractions in 2022, it said the severe collapse in Ukraine is a direct result of the invasion, destruction of infrastructure, and exodus of its people.

In Russia, the sharp decline reflects the impact of the sanctions with a severing of trade ties, greatly impaired domestic financial intermediation, and loss of confidence. “The economic effects of the war are spreading far and wide — like seismic waves that emanate from the epicentre of an earthquake — mainly through commodity markets, trade, and financial linkages,” the report said.

Observing that the overall risks to economic prospects have risen sharply and policy trade-offs have become even more challenging, the IMF said.

This crisis unfolds at a time when the global economy was on a mending path and was recovering from the COVID-19 pandemic.

“In addition to the war, frequent and wider-ranging lockdowns in China – including in key manufacturing hubs – have also slowed activity there and could cause new bottlenecks in global supply chains. Higher, broader, and more persistent price pressures also led to a tightening of monetary policy in many countries,” it said.