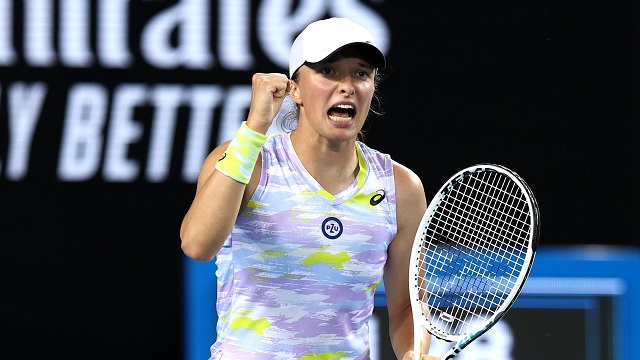 Miami, April 4 Poland’s tennis star Iga Swiatek officially became the world No.1 women’s tennis player when the rankings for the week were announced on Monday.

In a history-making achievement, the 20-year-old Swiatek — who defeated Japan’s Naomi Osaka in the Miami Open (WTA 1000 event) final on Sunday (IST) — became the first player from Poland to reach No. 1 in either ATP or WTA rankings history.

The previous highest-ranked player from Poland was Agnieszka Radwanska, who was No. 2 on the WTA rankings in 2012 and 2016, according to tennis.com.

Swiatek is also the first player born in the 2000s to reach No. 1 in either ATP or WTA rankings history.

Swiatek has become world No. 1 on the back of a superb last six weeks, where she has won 17 matches in a row to capture back-to-back WTA 1000 titles at Doha, Indian Wells and Miami.

Swiatek’s coronation as world No. 1 got fast-tracked when Australia’s Ash Barty announced her retirement last month. The latest rankings saw Barty’s name being removed from the WTA ranking.

“Even if Barty hadn’t retired and her name removed from the WTA rankings, Swiatek would have been on the verge of No. 1 anyway — Barty would have had 6,980 ranking points this week, and Swiatek now has 6,771 ranking points,” according to tennis.com.