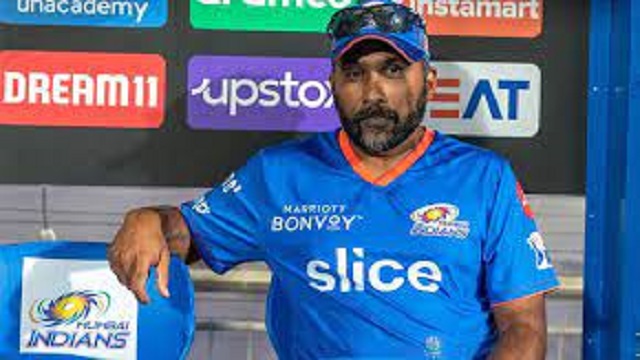 Mumbai Indians head coach Mahela Jayawardene will “review the batters’ performance” after another below-par performance from his team in IPL 2022, a 36-run thrashing at the hands of newbies Lucknow Super Giants on Sunday.

However, the ‘review’, coming after eight losses in eight games, might not be enough to revive the fortunes of the five-time champions, who are now staring at an early exit from the tournament after failing to open their account on the points table.

A day after KL Rahul’s special — an unbeaten 103 off 62 balls — and some inept batting by the Mumbai Indians top order sent them hurtling towards another loss, Jayawardene said, “I need to review the batters’ performance. It has been a concern so far but this is a senior group so we need to keep pushing. We want to keep the batting unit consistent as far as we can.”

The Sri Lankan great was, however, impressed with his bowlers’ performance as restricted LSG to 168 despite skipper KL Rahul scoring an unbeaten century.

“We bowled pretty well. KL played a special innings, he knew he had to control things and he did that despite us picking wickets. We gave him a bit of freedom at times. I’m happy with the bowling but we could have been better,” said Jayawardene.

“Our bowlers have definitely improved the last two games but we are still not consistent enough. This season, most bowling units are controlling things but we have not picked many early wickets. So there is definitely room to improve and we need to execute better,” he added.

The Sri Lankan also indicated that he was disappointed with young top-order batter Ishan Kishan’s performance despite the costliest player in the IPL mega auction being given full “freedom to play his natural game”.

After two fifties in the first two games, Kishan hasn’t had the best run of form. “He has struggled a bit, we have given him the freedom to play his natural game. I haven’t yet spoken to him (after the LSG loss) but I will have a conversation with him soon,” said Jayawardene.

Mumbai will hope to turn around their string of losses against Rajasthan Royals on April 30 at the DY Patil Stadium.