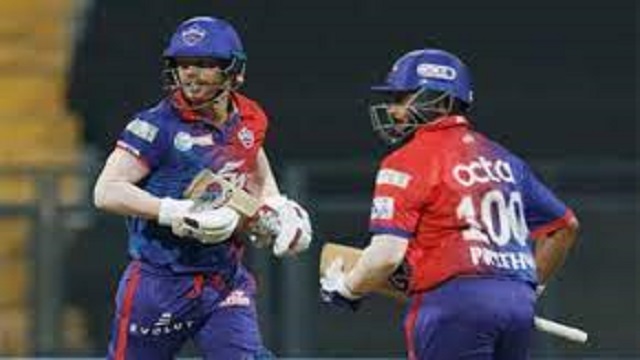 Delhi Capitals have called their opening batters Prithvi Shaw and David Warner ‘pocket dynamos’ after the duo has played a key role in the team’s campaign in IPL 2022.

Delhi Capitals, placed sixth on the IPL points’ tables after three wins and four defeats, are in with a chance to make the grade as the business end of the tournament approaches. And if DC succeed in their endeavour, they have no one else but their ‘pocket dynamos’ to thank, given that the young Indian and the Australian stalwart have forged a great partnership upfront.

They have been the livewire of the side, stitching together four half-century partnerships in the five previous outings, with the best being a 93-run stand against Kolkata Knight Riders, a match which the Delhi franchise won by 44 runs. The duo’s partnership helped DC score a mammoth 215 and then restrict KKR to 171.

On Monday, DC posted an image of Warner and Shaw running between the wickets and wrote, “Pocket Dynamos for a reason”, listing their five fruitful partnerships this season.

Warner, who stands 5’6″ tall and Shaw at 5’5″, make for a sensational opening pair, and before the start of IPL 2022, it was believed that they would be a force to reckon with pairing at the top of the batting order.

The two have not disappointed either, scoring 67 against Lucknow Super Giants, 93 vs two-time IPL champions Kolkata Knight Riders, 50 against Royal Challengers Bangalore, 83 vs Punjab Kings and 43 against Rajasthan Royals.