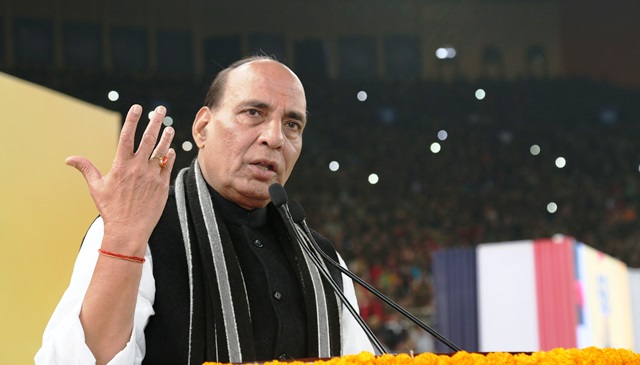 Union Home Minister Rajnath Singh on Thursday called upon the media to create awareness among people against the use of violence in the country.

Launching the Kollam edition of Malayalam daily Janmabhumi at Kollam in Kerala, Singh said: “Print media has an extremely important role in safeguarding democracy and democratic processes… It should create awareness among the people that there is no place for violence in a democracy.”

According to a government statement, he also urged the state’s Chief Minister Pinarayi Vijayan to “deal firmly with political violence in the state”.

To Keralites, who recently braved the worst floods to hit the state in decades, the Union Minister said the government is committed to helping mitigate their sufferings, and to rehabilitate flood victims and reconstruct the state.

He said that an inter-ministerial central team has completed its visit to the state and it would soon submit its report for consideration, according to the statement.

The Union Home Minister also lauded the role of fishermen who saved hundreds of lives during the Kerala floods.