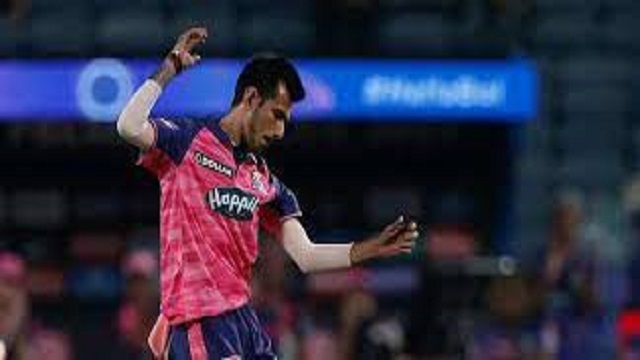 In this edition of the Indian Premier League (IPL), the resurgence of leg-spinner Yuzvendra Chahal and left-arm wrist-spinner Kuldeep Yadav has been a heartening sight to watch.

With change in IPL teams, both Chahal and Kuldeep have thrived to be the top two leading wicket-takers in IPL 2022.

Chahal, turning out for Rajasthan Royals, has picked 17 wickets, including a hat-trick, at an average of 10.35 and economy rate of 7.33 to be the leading wicket-taker in the tournament and wear the purple cap on his head.

Kuldeep, representing the Delhi Capitals, has taken 13 wickets at an average of 14.30 and economy rate of 7.85 while picking ‘Player of the Match’ award in all three wins of his side till now.

Friday’s match between Delhi and Rajasthan will be virtually be a showdown between the two best spinners of IPL 2022 and former Australia cricketer Matthew Hayden has made his decision on who would be the winner of this duel at the Wankhede Stadium.

“I think its amazing to see these conditions in the TATA IPL favouring the spin bowlers. I’ll go with Chahal because I think he’s been such a master. You can see his confidence is there. He’s just performing in every game, he’s so consistent. For me, he’s going to win the battle (against Kuldeep Yadav),” said Hayden on Cricket Live show on Star Sports.

With strong performances in the first half of IPL 2022, Chahal and Kuldeep have got themselves in the reckoning for India’s squad in the ICC Men’s T20 World Cup in Australia later in the year. For now, the duo’s focus will be to be the vital cog in the wheel for the crucial two points and adding another win to their team’s kitty.