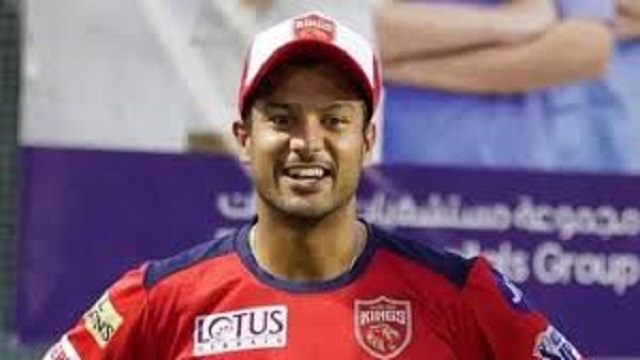 Punjab Kings’ skipper Mayank Agarwal and all-rounder Liam Livingstone credited their seam bowlers for setting up their 54-run victory against Chennai Super Kings in the IPL 2022 at the Brabourne Stadium here on Sunday.

Though the dew has been a problem for all teams bowling second in this edition of the IPL, especially in the matches being played here, the Punjab Kings’ bowlers came up with a superb performance to rattle CSK early on and maintained their stranglehold despite a half-century by Shivam Dube.

“We got to a target we thought was defendable and the seam bowlers set it up for us. We wanted to be aggressive and as exciting as we can. Nice to get a few today, but as I said the seamers set it up in the powerplay,” said Livingstone, who blasted a brilliant 60 to help Punjab Kings recover from 16/2 to reach 180/8 in 20 overs.

Livingstone was delighted to contribute with the bat as he did not get many runs in the first two games.

“The first two games didn’t go my way, but (it’s) nice to contribute to a win. We got to a target we thought was defendable and the seam bowlers set it up for us. I’ve been swinging hard, so nice to get it off the middle today. I play my own way and I struggled a bit with Rajasthan as well. Hopefully, this will bring some confidence.

Livingstone was happy to get a couple of wickets too to complete a fine all-round show.

“Bowling is something I really enjoy and I keep practicing. Hopefully, I’ll come more and more into the game,” said Livingstone who was adjudged player of the match for his half-century and the 95-run partnership he shared with Shikhar Dhawan (33).

Skipper Mayank Agarwal, too, heaped praise on his bowlers for winning the match for them.

“We were thinking we were 5-7 short, chasing 180 is never going to be easy. I was very, very happy with the way we bowled with the new ball,” he said.

Agarwal said they wanted Himachal seamer Vaibhav Arora in their squad seeing his talent and the seamer did not disappoint them, claiming two early wickets on debut,

“Vaibhav was with us a couple of years back and we saw the talent. KKR picked him up, but we wanted him because he’s something different,” said Agarwal during the post-match presentation on Sunday.

He said they have high hopes from young Vidarbha wicketkeeper Jitesh Sharma, who he said has a great attitude.

“With Jitesh, Anil bhai (Anil Kumble) had seen him at Mumbai Indians. He has great intent and he’s a fantastic keeper. The standout thing about him is his attitude,” said Agarwal.

The Punjab skipper said they would take the winning momentum into the next match and hope to play positive cricket.

“We will definitely look to play hard, positive cricket. We have to be emotionally intelligent if it doesn’t come off,” he added.

This was Punjab’s second win in three matches.