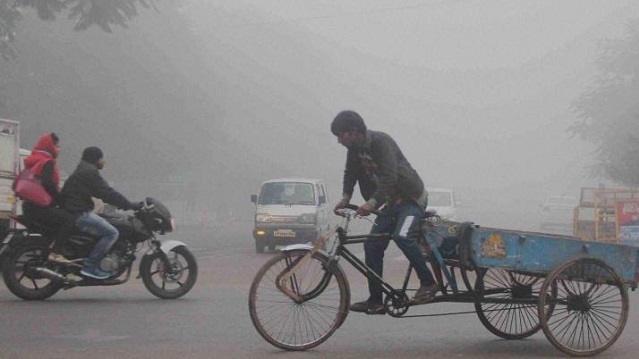 It was a bitter cold morning in the national capital on Wednesday as the mercury dipped to 3.6 degrees Celsius, four notches below the season’s average — the lowest so far this season, the Met said.

“While there was shallow to moderate fog in most parts of the city, a few places saw dense fog causing visibility issues,” an India Meteorological Department (IMD) official said.

The sky will remain clear with no chances of rain. There would be haze and mist later in the evening. The humidity at 8.30 a.m. was 97 percent.

There was a slight relief, as the pollution levels improved to ‘very poor’ from ‘severe’ category, according to the Central Pollution Control Board (CPCB).

The maximum temperature was expected to reach around 20 degrees Celsius, the season’s average.

BJP complains to EC against Rahul