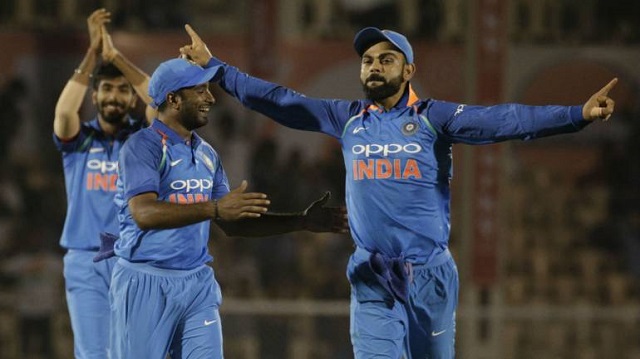 India rode on another all-round show to thrash New Zealand by seven wickets in the third ODI at the Bay Oval here on Monday and take an unassailable 3-0 lead in the five-match rubber.

This is India’s first ODI series win in New Zealand in a decade. The Men-in-Blue last achieved the feat under Mahendra Singh Dhoni in 2009.

Chasing a below-par 243, India lost opener Shikhar Dhawan after a breezy 28 off 27 balls, but fellow opener Rohit Sharma struck his 39th ODI fifty to lay the foundation in the company of the skipper Virat Kohli, who also got to his 49th ODI half-century.

Rohit (62 off 77 balls; 4X3, 6X2) and Kohli (60 off 74; 4X6, 6X1) forged a 113-run second wicket stand to ease the work for the middle order, weakened by the absence of the in-form former skipper Mahendra Singh Dhoni, who was left out of the playing XI after suffering a hamstring injury.

Rohit appeared the more aggressive in the second wicket stand, stamping his authority over the Kiwi bowlers and smashing them all over the park before racing to his half-century and taking India’s total to the three figures.

Kohli wasn’t left much behind and the Delhi right-hander gradually matched his partner shot by shot to eventually get to his fifty even as the India total swelled past the 150-run mark.

Just when the duo looked set to take the men-in-blue to another easy win, left-arm spinner Mitchell Santner deceived Rohit with a flighted delivery to be stumped only for the second time in one-day internationals.

Three overs later, Kohli also followed Rohit back to the dressing room after being spooned by Henry Nicholls at cover off Trent Boult, leaving the untested middle order to fetch another 76 runs from 113 balls.

The new pair of Ambati Rayudu (40 not out) and Dinesh Karthik (38 not out) showed no nerves and went about the business in their customary fashion.

While Rayudu, who was on Monday suspended by the ICC from bowling in international cricket, started off aggressively, Karthik was welcomed by a bouncer and the Tamil Nadu stumper didn’t look back from there on, playing his natural game and eventually sealing off the deal in India’s favor.

Electing to bat on a slow track, New Zealand once again lost the momentum quite early after the cheap dismissals of the openers before skipper Kane Williamson (28) and Taylor steadied the ship with a brief 33-run third wicket stand.

The middle overs witnessed comeback man Hardik Pandya (2/45) and leg-spinner Yuzvendra Chahal (2/51) ripping through the Kiwi middle and lower order even after Taylor and Latham were engaged in a 119-run fourth wicket stand.

Barring that, New Zealand fans had hardly anything to cheer for as the tail also failed to wag as the innings eventually ended in the penultimate over.

Both the sides will now move to Hamilton for the fourth match on Thursday. 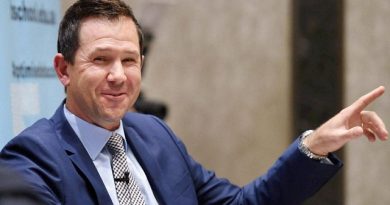 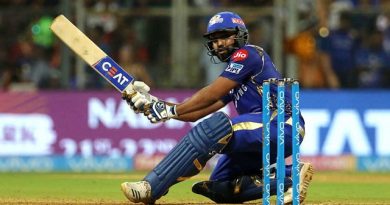 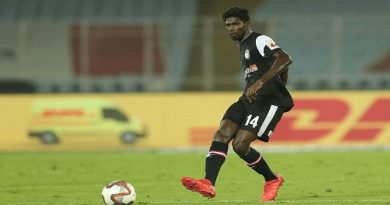