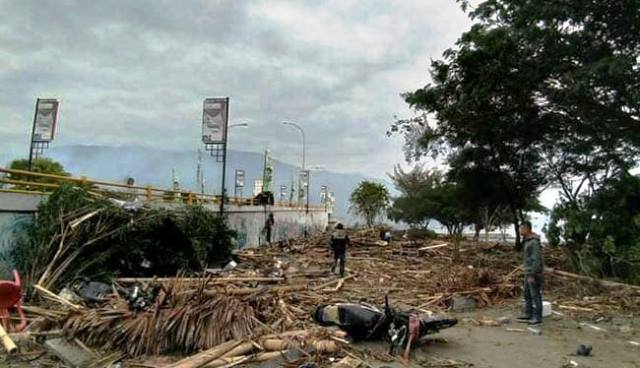 Over 380 people were confirmed dead on Saturday after earthquakes, including a powerful 7.5 magnitude tremor, and tsunami struck the Indonesian island of Sulawesi. Rescue workers were struggling to reach certain affected areas amid fears that the toll can still rise.

Three-hundred-eighty-four people died in the city of Palu, where preparations for a beach festival had been underway when the tsunami hit on Friday, following the strong earthquake. National Agency for Disaster Management (BNPB) spokesperson Sutopo Purwo Nugroho said that 540 people were injured and 29 were still missing.

Video on social media showed people screaming and fleeing in panic for safety. Thousands of homes collapsed, along with hospitals, hotels and shopping centers. Strong aftershocks continued to rock Palu on Saturday.

Sutopo said houses were swept away and families were reported missing. “We have found corpses from the earthquake as well as bodies swept up by the tsunami.”

He said the government was set to declare a state of emergency and stressed that the most important task was to restore power and communications to the region.

There were other vulnerable coastal areas where communications were down. Officials had been unable to make contact with Donggala, a fishing community near Palu that was also reported to have been hit by the tsunami, the BBC reported.

The BNPB spokesperson said telecommunications and air-transport experts arrived at the airport in Palu, the city most affected by the earthquake along with Donggala, and work to repair some of the damaged electrical equipment had started.

The airports in Poso, Tolitoli, Luwuk, and Mamuju were open.

Komang Adi Sujendra, the Director of Undata Hospital in Palu, said in a video message posted online said that the area had no electricity, that phone and Internet service had been disrupted and that road access was limited. He sought help from the public.

Authorities estimated the tsunami’s waves to be about 10 feet high, but a video reported to have been taken in Palu showed a wave that seemed even higher crashing over the roofs of one-story buildings. TV footage showed dozens of injured people being treated outside in makeshift medical tents.

Palu and Donggala are home to more than 600,000 people. The country’s military had started sending cargo planes of relief aid from the capital.

The earthquake hit just off central Sulawesi at a depth of 10 km on Friday, the US Geological Survey said. A tsunami warning was issued but lifted within the hour.

A magnitude-6.1 quake earlier on Friday in the same region killed at least one person and led to the collapse of a number of buildings.

The disaster followed on from the earthquakes and aftershocks on Lombok island where 557 people died and nearly 400,000 were displaced between July 29 and August 19.

The country’s deadliest earthquake with a magnitude of around 9.1 struck off the tip of Sumatra island in 2014, triggering a tsunami that killed nearly 280,000 people in Indonesia and other Indian Ocean nations.

Indonesia sits on the Pacific Ring of Fire, an area of great seismic and volcanic activity, where some 7,000 earthquakes, mostly moderate, are recorded each year. 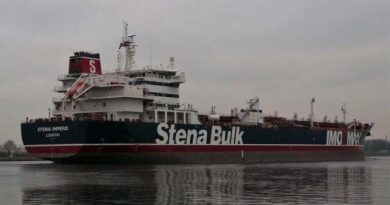 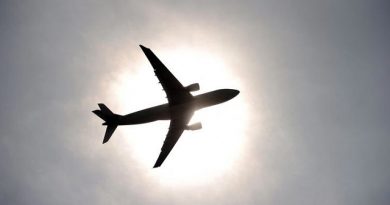 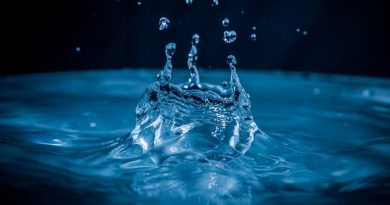