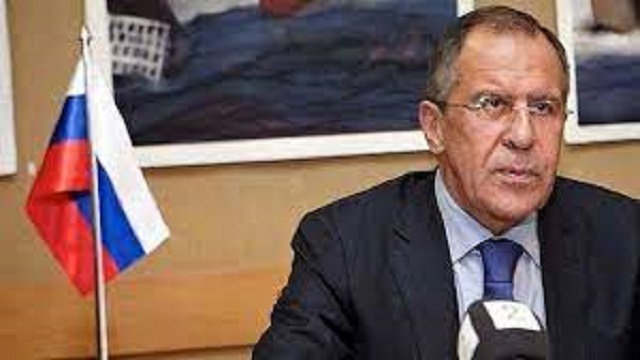 In an interview with news channel India Today, Lavrov reaffirmed that “the sole purpose of this operation is the demilitarization and de-Nazification of Ukraine, since these are two intimately linked problems.”

“The operation in the east of Ukraine is aimed … at the complete liberation of the Donetsk and Luhansk republics. This operation will continue, the next phase of this operation is beginning, and it seems to me that now will be an important moment,” he said.

Lavrov reiterated that actions by Kyiv and its Western backers forced Russia to launch the operation in Ukraine, including their failure to implement the Minsk agreements or fulfill Moscow’s demand for security guarantees.

He said the current events are “rooted in the desire of the US, and what we call the collective West, to rule and dominate the world.”

“They wanted to show the world there would be no multipolarity, only unipolarity,” said Lavrov, adding that the US and its allies attacked countries such as Iraq, Syria, Libya, Yugoslavia with impunity and without any fear of repercussions.

He said Moscow warned that the West was “pumping arms into Ukraine” and trying to make it a “NATO springboard” while pushing the military alliance’s expansion to Russia’s borders.

The West, in its sense of superiority, ignored these concerns and directly contributed to the present situation, he added.

Lavrov also accused Western powers of supporting extremist organizations such as the Azov Battalion, pointing out that the group was banned in the US for several years before the restrictions were lifted.

On Russia’s actions in Ukraine, the minister emphasized that Russian forces have only targeted military infrastructure, while also ruling out the possibility of Russia using nuclear weapons.

Lavrov said Russia is not looking “to change the regime in Ukraine” and wants Ukrainians to decide their future for themselves.

On the role of Ukrainian President Volodymyr Zelenskyy, Lavrov said the West has just used him against Russia.

Lavrov said it was difficult to take Zelenskyy’s words seriously because he is constantly changing his point of view.

“He says a lot of things. It depends on what he drinks or smokes – he says a lot,” Lavrov added.