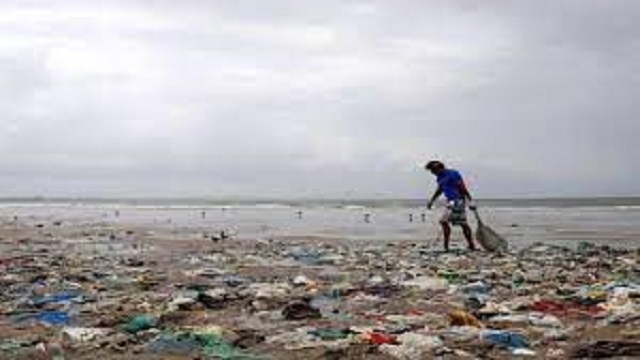 People use plastic bags to carry items such as food and clothes bought in stores. Plastic bags are commonly used even though they are known to be harmful to the environment. For urban solid waste, plastic bags have become a staple in the garbage system. This has led to many harmful environmental impacts such as suffocation of animals, pollution, sewers, rivers and streams, and landscape distortion. As a result of these effects, large-scale people, activists, and legislatures have expressed outrage that some national governments have banned the use of plastic bags for shopping.

Impact on the environment:

Plastic bags in seawater are a significant and growing global pollution epidemic. It is an increasing source of pollution introduced or absorbed from the atmosphere during processing. Compounds emitted from plastic bags have been found to cause increased levels of reported toxicity. Leaching toxicity from plastic waste should also be weighed when determining the effects of plastic pollution in the oceans.

Plastic bags pose a threat not only to marine life but also to farmland. Plastic bags are responsible for climate and agricultural land degradation, which inadvertently exploits valuable land resources, especially oil (Sugi, 2008). This has now become a major challenge for the environment and agricultural production.

People should be told not to use plastic bags, but eco-friendly alternative bags made of fabric, natural fibers and paper should be used to reduce the problems caused by plastic bag waste.

Regulation on the indiscriminate use and recycling of waste from plastic bags is strongly recommended, as well as a restriction on the free sale of plastic bags by retailers.