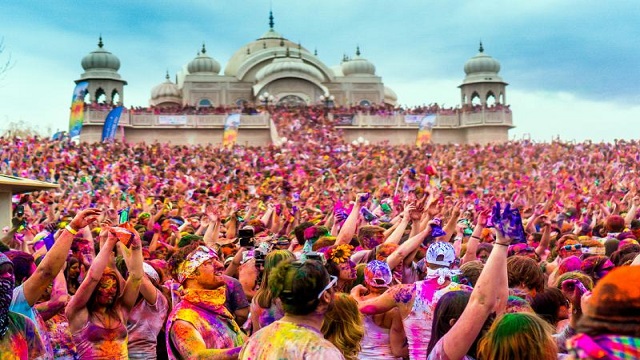 In each culture there are some specific customs. You can know about a person’s cultural background from custom he follows in his daily life. Customs are traditional and genetic accepted ways of behaving or doing things. For example, the custom of giving presents at Christmas is quite common in the west. Christians, in particular exchange gifts on this auspicious day. This custom goes back to the ancient time when the Three Wise Men from the East, called the Magi, brought gifts of gold, frankincense and myrrh to the newborn King, the child Jesus. “The Gift Of Magi” a famous poem, is based on this custom, and shows that more than the gifts themselves, it is the spirit in which these are exchanged that is important. In India, too , people exchange gifts on the eve of Diwali. Then there is the custom of baptizing in Christianity. Almost similar custom, with different religious rituals, are to be found in other religions. In Sikhism, a person is baptized by offering him “Amrit” and he is expected to follow all the traditions connected with Sikhism aa wearing small sword, having long hair , wearing turban on head, wearing Kachera and wearing kada in hand and a small wooden comb in hair and praying daily. The customs of greetings are also important. The handshake as a form of greeting is in vogue in the West though it is practiced by a large number of people in other countries of the world. The Hindus fold their hands bow and say “Namaskar” or ‘Namaste’ ; the Sikhs fold their hand and say ‘ Sat Sri Akal’ ; the Muslims bow and say ‘ Salam’. The Japanese bow to greet their guest. The use of the kissing or hugging as forms of greeting is also prevalent among the Russians and people of other nations. The forms of farewell also vary from culture to culture. The English says ‘ Good bye’ or Take Care. The Hindus use the same form of greet on the farewell as they used when they meet. Then there are different eating customs. The traditional Hindus still sit on ground, pray to God and then partake their food. The Western people use the dining table for their meals. Among the Arab there is a custom of never sharing bread with one’s enemy. The Japanese and the Chinese use chopsticks for lifting food to the mouth. The Indians use their hands or spoons for the same purpose. The customs regarding the dead, while the Christians and the Muslims bury their dead. In nutshell, specific customs for different purposes are attached to different cultures. They reveal many things about their practitioners, their nationalities, religions, faith etc.