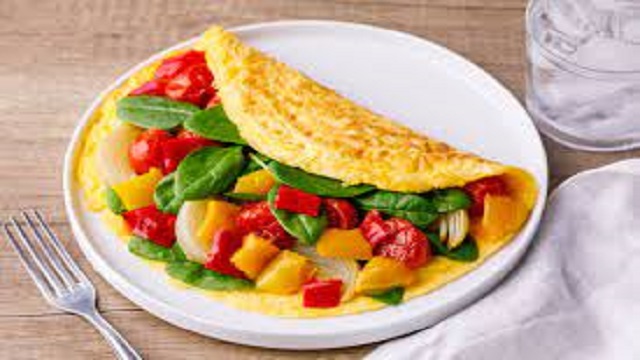 A plump pork sausage, fresh from the grill; a salty, smoked kipper with a perfectly poached egg; shakshuka, bubbling on the stove; a hot English muffin, devoured on the way to work. When it comes to breakfast, there’s no shortage of options. On any given day, in kitchens and cafes around the world, you’ll find the full spectrum of morning meals, from simple snacks such as toast and cereal to more elaborate dishes like dosas and burritos.

Breakfast has always played a starring role in travel — there’s nothing like lingering over an elaborate morning spread to really underline that wondrous feeling of having escaped your daily routine. So, to this end, we’re offering some inspiration for the future, when we can once again go wherever — and eat whatever — we want, whether it’s menemen with rounds of fried Turkish bread in Istanbul or an early morning fish sandwich from Hamburg’s Sunday market.

For many, the silver lining of having spent most of the past year at home has been the chance to try new things in the kitchen. And so, while it will be a little bit longer before we can spend time further afield, we hope these five ideas will help you keep the spirit of adventure alive at home too.

Idlis are a type of savoury rice cake. But unlike other rice cakes, they’re steam-cooked, never toasted. A traditional South Indian staple, they’re made by grinding soaked rice and dehusked black gram. The batter is left to ferment overnight before being ladled into idli moulds, then cooked in a steamer for around 10-12 minutes. This renders them soft and spongy.

Slow fermentation is key to their pleasant sourness and fluffiness. The black gram is the main source of microorganisms, which release lactic acid and carbon dioxide upon fermentation — both of which aid in the leavening process. The fermentation of the batter makes idlis a probiotic food, meaning they incorporate essential amino acids. This makes steam-cooked idlis extremely nutritious, so much so that they’re often used in bespoke ayurvedic treatments.

They taste best when slathered with mulagaipodi blended in sesame oil. While idlis are most commonly accompanied by chutneys and sambar (a tangy lentil broth), they’re arguably at their best when broken into small pieces and dipped in a liberal dose of spicy mulagaipodi (also known as idli podi, or powder) mixed in sesame oil. In this combination, the nutty texture of the podi perfectly complements the earthy flavour of sesame and the subtle sourness of the idlis.

Their cheapness makes them special. Light and healthy, idlis are the go-to breakfast in India, especially in the southern state of Tamil Nadu. Wherever you find this dish, be it food stalls or restaurants, it’s almost always the cheapest thing on the menu, alongside its many variants, such as button idli, fried idli and rasam idli.

Madurai is the ideal place to try them. Its idlis are so soft and fluffy, they’re often compared to the city’s delicate jasmine flowers, Madurai malli. For those new to the dish, the Murugan Idli Shop is a great starting point; the chain has many restaurants in India, including two in Madurai.

Idlis hold a special place in temple cuisine. A foot-long cylindrical variant of the dish, known as Kanchipuram idli, is served as a divine offering at the Varadharaja Perumal temple in Kanchipuram, near Chennai. It’s spiced with curry leaves, crushed peppercorns, ginger and cumin seeds in clarified butter.